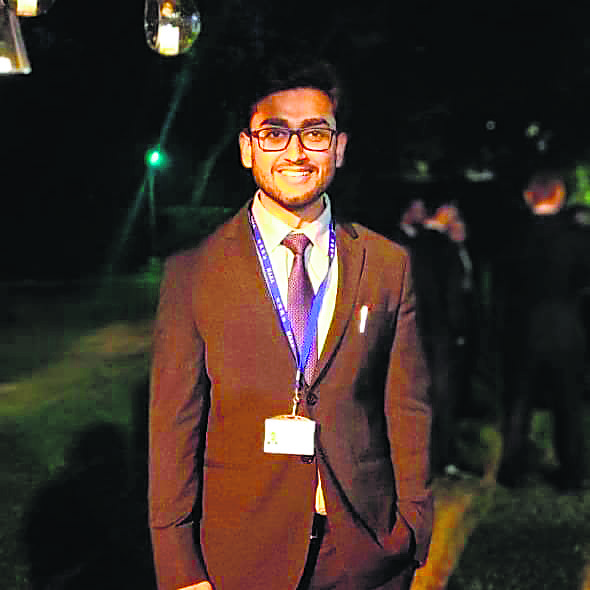 Darshan Lal, a lecturer in zoology, could not control his emotions while narrating the success story of his son Abhishek Augustya, who bagged the 38th rank in the civil services (CS) exam in 2019 whose results were declared today.

A native of Patri village (railway line Keshav Nagar) of panchayat Kotli Shah Doula near the border town of RS Pura, Abhishek had secured 268th rank in the 2018 civil services exam, but this time he jumped to 38th rank.

“It is the result of his hard work,” the proud father told The Tribune and recalled that after completing BTech from the National Institute of Technology (NIT) Srinagar in the year 2014, Abhishek had decided to crack the UPSC exam.

“In his fifth attempt, he got the 268th rank, but he had decided to improve his rank and in his sixth attempt, he achieved this position.”

“Presently, he is undergoing training at the Audit and Accounts Institute, Shimla”, he said, adding, “It is really a proud moment for the people of Jammu and this belt, in particular.”

Belonging to a refugee family from the Pakistan occupied Jammu and Kashmir (PoJK), Abhishek did his schooling from RS Pura. The family migrated from Plandri tehsil of the PoJK.

Srinagar: Nadia Beig, 24, from the frontier district of Kupwara was among over a dozen candidates from the erstwhile J&K state who has qualified the prestigious Union Public Service Commission (UPSC) examination, 2019.

She cracked the exam in her second attempt and got the 350th rank. She did her schooling in Kupwara and later studied at Jamia Millia Islamia to complete her honours in economics in 2017.

“This is my second attempt. In 2018, I could not qualify prelims and in 2019, I got this rank. After a lot of sacrifices and hard work and prayers from people I have been able to achieve this success,” she said while thanking everyone.

Another youth from Tregam Kupwara Aftab Rasool, 29, has also qualified the exam.

Shah is received at the Srinagar airport by Lieutenant Gover...

Minoo Mumtaz, who was in her 80s, passes away on Friday nigh...

The BJP leader has been critical of the government's handlin...