Recent targeted killings have scared and shaken the members of the minority community living in Kashmir: Forum’s president Satish Mahaldar 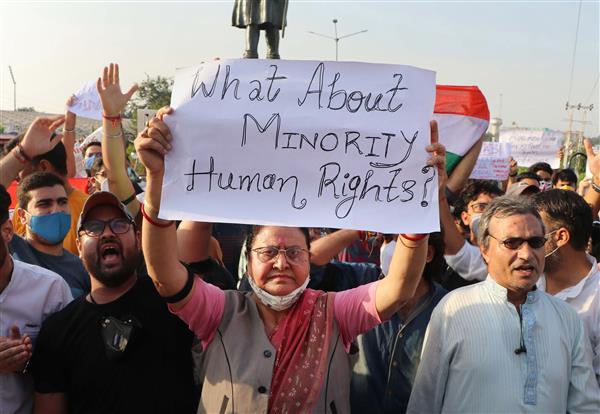 The Jammu and Kashmir Peace Forum, a non-political organisation, on Wednesday asked political parties and religious leaders to take an unambiguous stance against the incitement to hatred against minorities of Kashmir, and to takes concrete measures to protect them

Forum’s president Satish Mahaldar said here that recent targeted killings have scared and shaken the members of the minority community living in Kashmir.

“It is important that their confidence is restored. It is tragic that the state has failed to safeguard the lives of those people who preferred to stay back despite the terror threat,” Mahaldar said.

The Forum said the majority population should ensure promoting and protecting the identity of the minorities, prevent their forced assimilation, and the loss of cultures, religions, and languages—the basis of the richness of Kashmir and part of its heritage.

Urging the local Mosque Committee Ulemas/Miwaizs to come forward to promote inter-community and inter-ethnic peace, the forum said they have always played an important role in preventing discrimination, assimilation, prosecution, hostility in the larger society of Kashmir.