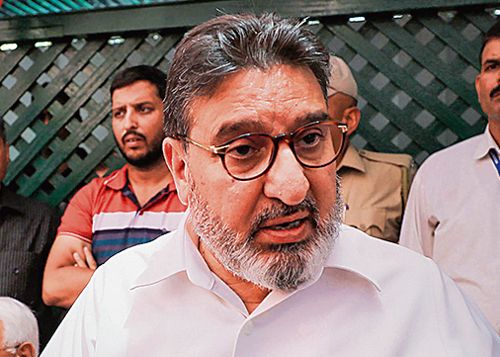 J&K Apni Party president Altaf Bukhari said Lieutenant Governor Manoj Sinha promised a party delegation on Sunday that he would take up its statehood restoration demand with Prime Minister Narendra Modi this week. The delegation called on Sinha at the Raj Bhavan here and raised the issues of statehood restoration as well as the cancellation of recruitment tests.

“We are happy that the L-G promised he would take up the issue (of statehood restoration) with the PM and the (Union) Home Minister this week itself. He said the government has promised it on the floor of Parliament,” Bukhari told reporters outside the Raj Bhavan.

“The restoration of statehood is a very serious matter and it is a priority for our party...if people support us, the Apni Party will get back the identity that was taken away from us,” he said.

Bukhari said the Lieutenant Governor also promised the delegation that the recruitment exams would be re-conducted within two months and these would be held first for those whose selection process was cancelled so that they do not suffer more injustice. He also assured that these would be held in a transparent manner. — PTI

No link with rallies

Asked if he chose the meeting day keeping in view the rallies of the Congress and Azad in Jammu, Apni Party chief Altaf Bukhari says there is no such connection.