The hearing, which is paused for the lunch break, will resume at 3.30pm 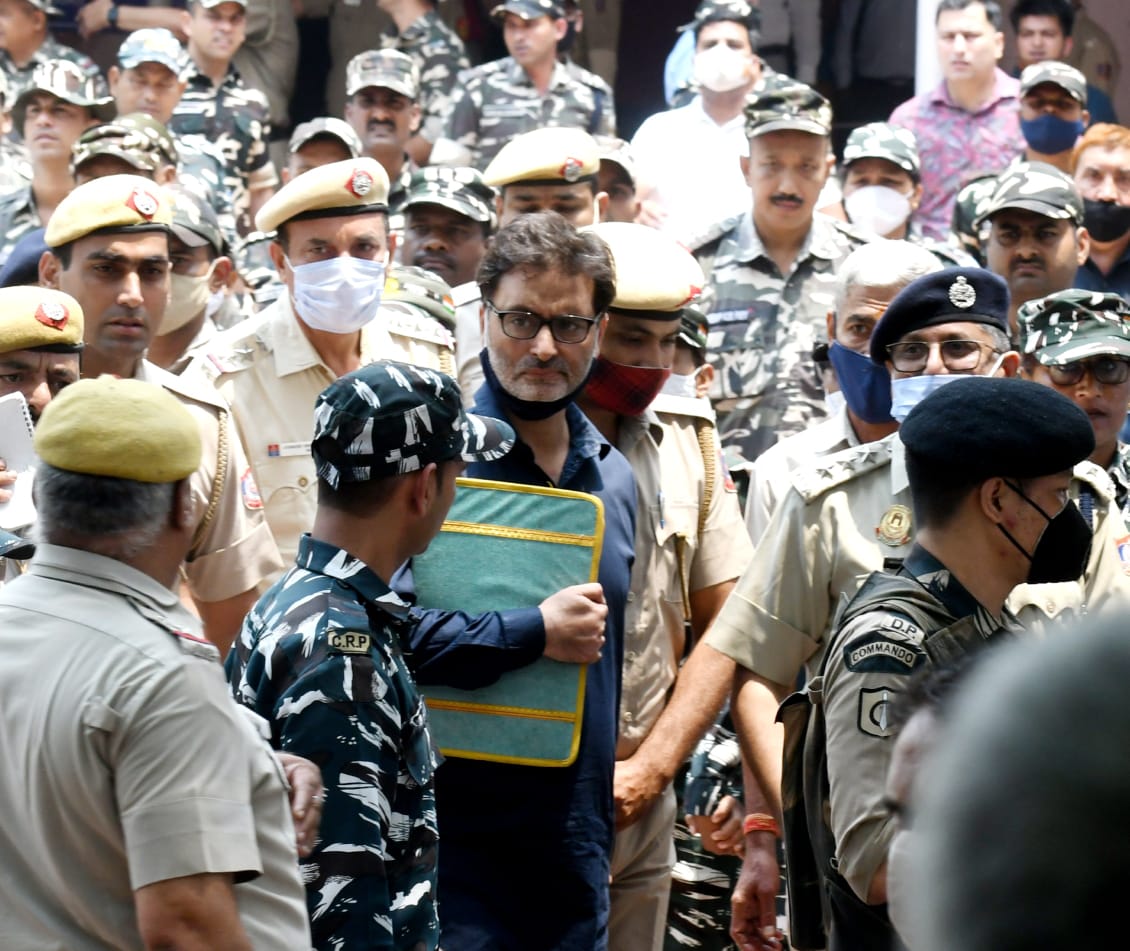 The National Investigation Agency (NIA) on Wednesday sought death sentence for Kashmiri separatist leader Yasin Malik, who has been convicted in a terror funding case a few days ago.

Earlier, Malik was produced before the Patiala House court amid tight security.

During the course of the hearing before the Special Judge, the National Investigation Agency (NIA) argued for the death sentence to Malik, according to court sources.

The hearing, which was paused for the lunch break, will resume at 3.30pm.

On May 19, Special Judge Praveen Singh posted the matter for May 25 to hear the arguments regarding the quantum of punishment for the offences levelled against Malik.

The court also had directed the National Investigation Agency (NIA) authorities to assess his financial situation in connection with the terror funding case prior to Wednesday's hearing.

The accused is facing a maximum punishment of death penalty, while the minimum sentence can be life imprisonment in the cases in which he is involved.

In the last hearing, Yasin had withdrawn his lawyer. As he had pleaded guilty earlier, nothing was left to be heard during the course of the hearing.

Yasin Malik has been charged with hatching a criminal conspiracy, waging war against the country, other unlawful activities, and disturbing peace in Kashmir. IANS