Sleuths raided the residence of Hilal Ahmad Wagay, a truck driver, who was arrested by Punjab Police on April 25 this year with over Rs 29 lakh in cash 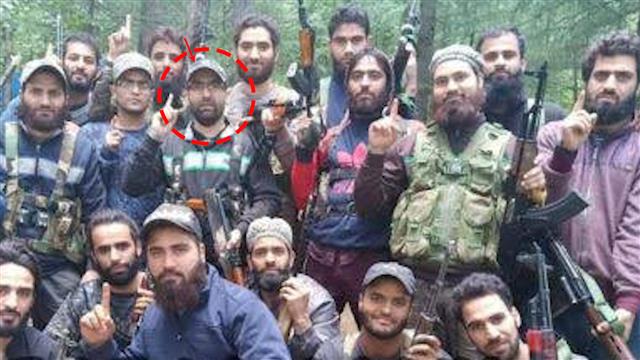 The National Investigation Agency (NIA) on Thursday carried out raids at the residence of a truck driver, who was a close aide of slain terrorist Riyaz Naikoo in Jammu & Kashmir's Awantipora, in a narco-terrorism case.

According to top NIA sources, the anti-terror probe agency's sleuths raided the residence of Hilal Ahmad Wagay, a truck driver, who was arrested by Punjab Police on April 25 this year with over Rs 29 lakh in cash.

"This money was being transported to the Valley to be handed over to Naikoo, chief operational commander of Hizbul Mujahideen. The case has been re-registered and taken over on May 8," the NIA said.

The development comes on the heels of the arrest of Ranjit Singh alias Rana alias Cheeta, a resident of Amritsar, on May 9 from Haryana's Sirsa.

The Punjab Police had busted a Hizbul Mujahideen terror-funding module in Amritsar on April 25.

Ranjit and his accomplice Iqbal Singh alias Shera are the prime accused in a case registered in connection with 532 kg heroin seizure at the Attari border in June last year by the Customs department.

The narcotic was found hidden in a consignment of rock salt imported from Pakistan.

Ranjit is the key accused in the case that led to the arrest of Wagay, a close aide of slain terrorist Naikoo. It said Ranjit and his five brothers were involved in smuggling and peddling drugs for years.

The NIA filed a chargesheet in this case on December 27 last year in the special NIA court in Mohali against 15 accused, including 4 companies besides Ranjit, who had been absconding since then. IANS