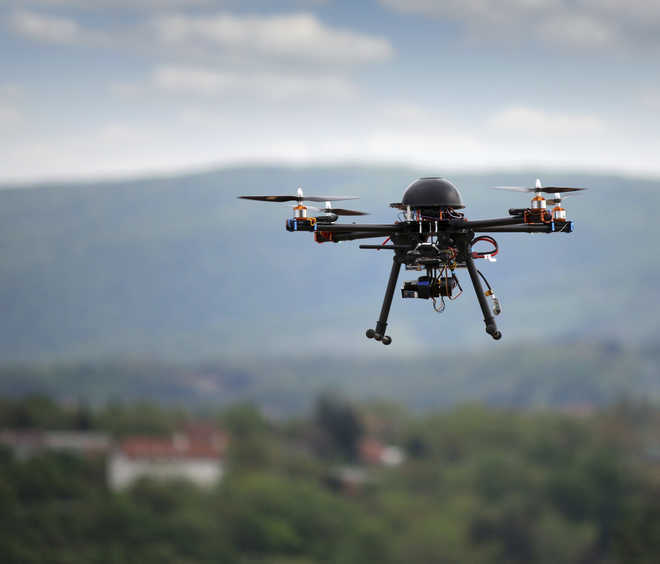 The police chief said that despite the ceasefire agreement since February this year, some “state actors” had been helping Pakistan-based terror groups operating in J&K by trying to maintain their supply chain of arms, ammunition and cash. Photo for representation only

The improvised explosive device (IED) dropped using a drone along the Pakistan border on July 23 was meant for triggering at a crowded market in Jammu region and it shows that Pakistan is maintaining its supply lines to various terror groups despite the February ceasefire agreement, J&K Police chief Dilbag Singh said on Sunday.

Singh, a 1987-batch IPS officer, said terror groups such as Lashkar-e-Toiba (LeT) and Jaish-e-Mohammed (JeM) had been running short of arms and ammunition after the police and other security agencies managed to choke the same by arresting many of their overground workers (OGWs).

“We see that some of the state actors in Pakistan have adopted the use of drones for dropping arms, ammunition and even cash to cater to the demands of terror groups since September last year,” he said here. The police managed to shoot down a hexa-copter that had come from Pakistan to Kanachak area of Jammu region along the border on July 23. It carried a 5-kg IED that was almost ready to be used and the intelligence suggested that the Jaish-e-Mohammed terror group wanted to trigger it in a crowded place in Jammu for inflicting maximum casualties, he said.

The police chief said that despite the ceasefire agreement since February this year, some “state actors” had been helping Pakistan-based terror groups operating in J&K by trying to maintain their supply chain of arms, ammunition and cash. — PTI