Jammu and Kashmir has recorded over 4,000 ceasefire violations by Pakistan so far this year 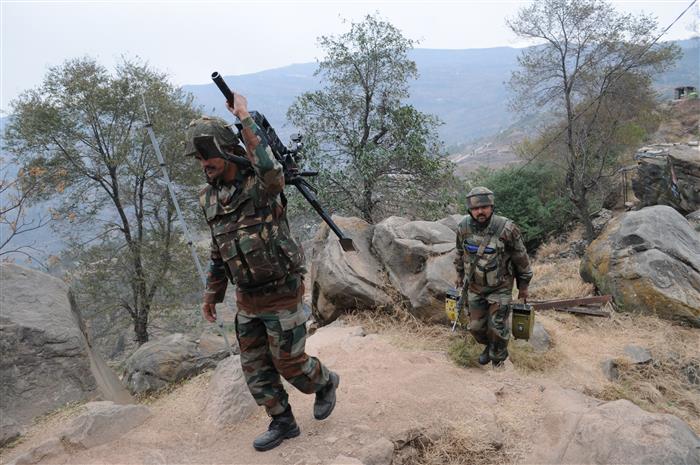 The cross-border firing between the two sides continued till 3:45 am on Sunday. Tribune file

However, there was no report of any casualty in the latest ceasefire violation which came a day after a personnel of the Indian Army was killed and three others including two women were injured in separate ceasefire violations by Pakistan in Rajouri and Poonch districts.

“At about 11.15 am on Sunday, Pakistan initiated unprovoked ceasefire violation by firing with small arms and shelling mortars along the LoC in Nowshera sector of Rajouri. The Indian Army retaliated befittingly,” a defence spokesman said.

They said the cross-border firing between the two sides continued till 3:45 am on Sunday but there was no report of any casualty or damage on the Indian side.

Jammu and Kashmir has recorded over 4,000 ceasefire violations by Pakistan so far this year, which is the highest in the past decade, compared to a total of 3,289 violations in 2019, officials said. PTI