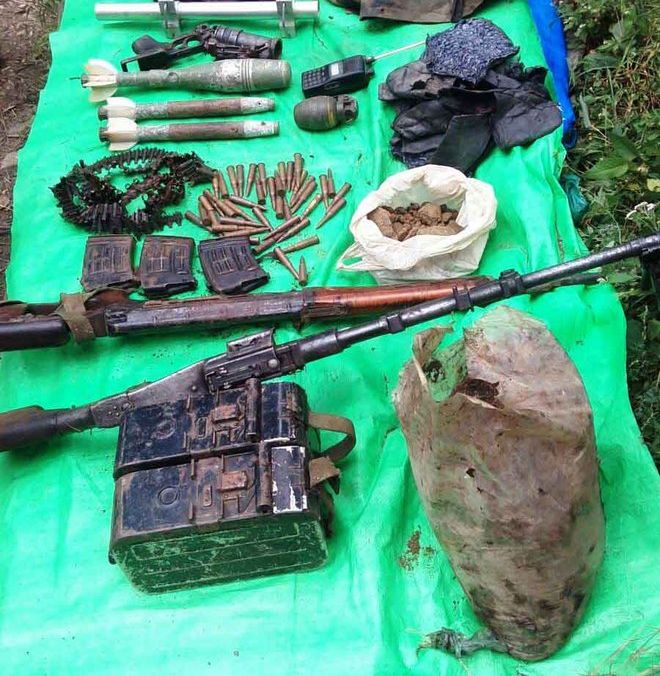 The Army and J&K Police in a joint operation have recovered a huge cache of weapons, including warlike stores in the hinterlands of Reasi district of the Jammu region. File photo

The Army and J&K Police in a joint operation have recovered a huge cache of weapons, including warlike stores in the hinterlands of Reasi district of the Jammu region.

Late in the evening on February 17, an input was received from a reliable source regarding suspicious activity in the remote and dense forests of Makkhidar in Reasi district and the operation was launched after that, the Army said on Thursday.

The warlike stores were spread over a large area in the remote uninhabited forests of Makkhidhar in Reasi. Terrorists are in acute shortage of weapons and are desperate to try and disrupt peace and development.

An Army spokesperson said a “huge cache of arms and warlike stores were recovered from the hinterlands of south of the Pir Panjal ranges of Reasi district”.

A team of the Army and J&K Police cordoned off the area and launched a search operation to find out the warlike stores and sanitise the area. The spokesperson said the huge cache of arms recovered comprised of AK-47 rifles, SLR rifle, .303 rifle, two pistols with magazines, ammunition, four UBGL grenades, box of AK-47 ammunition and radio sets.