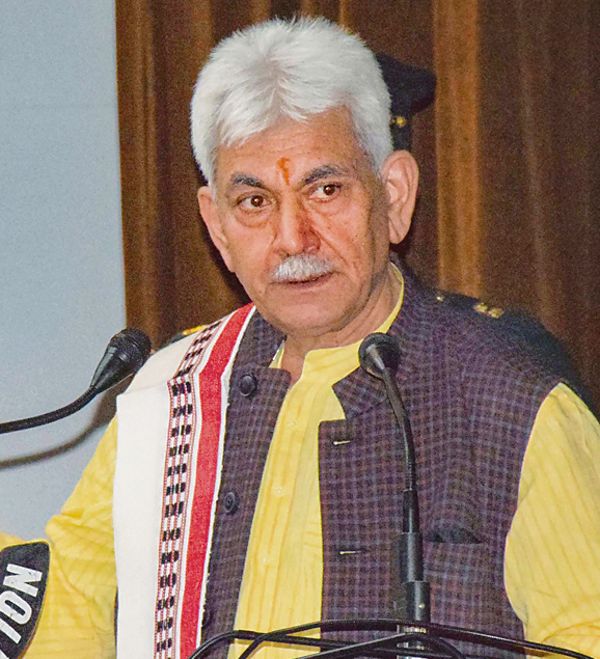 Amid reports of Kashmiri Pandit families fleeing the Valley in the wake of recent selective killings, Jammu and Kashmir Lieutenant Governor Manoj Sinha on Tuesday denied reports of large-scale exodus while asserting he won’t allow a repeat of the 1990-type situation and was determined to uproot the terror network.

In an exclusive interview with The Tribune, Sinha termed the recent killings in Srinagar as a desperate attempt to disrupt peace in the Valley. “The local militants with the help of their handlers across the border are picking up soft targets to create fear psychosis, particularly among minorities. The terror groups want to create a 1990-type situation,” he said.

The L-G said he wanted to reassure the UT people that he won’t let it happen. “I have met representatives of the minority community and assured them of strengthening their security. It’s our ‘national duty’ to protect the minorities and we are committed to that,” said Sinha, who returned from Delhi on Monday after meeting Union Home Minister Amit Shah.

Vowing a decisive fight against those behind the killings, he said the perpetrators would be brought to justice. “Some results are there for all to see and more counter-terror operations will be carried out in coming days. We will settle scores with the terrorists and pay them back withmore brute force,” he said, referring to the operations in Kashmir by security forces since yesterday. Admitting that the terror ecosystem posed a challenge, he said the government was committed to uprooting it. “Be it action against the employees sympathising with terrorists or penalising those encroaching upon the land belonging to the minority community, we will do whatever it takes to destroy this ecosystem,” the L-G said.

About the number of Kashmiri Pandit families that had moved out due to the killings, Sinha said it couldn’t be called exodus.

“A majority of them are still here and have been assured of adequate security… The rumour-mongering on social media poses a big challenge and has amplified fears. But the reality is far from what is being propagated,” he said.

Refusing to call it an intelligence failure, the L-G said some people took such incidents as an “opportunity to target the ruling regime”.

“I don’t want to respond to the charges... The unfortunate incident has occurred and I own up the responsibility for that. We can’t compensate for the loss of life, but can assure that the security grid has been strengthened… We are going after the terror groups in a big way and will hunt them down. We will choke and eliminate their resources,” he said.

The Delhi Police have arrested a 40-year-old Pakistani national from Laxmi Nagar. Mohd Ashraf, from Pakistan’s Punjab province, allegedly had ISI links and was “tasked to carry out terror strikes”.

Security men neutralised five terrorists in Shopian on Tuesday. Among them was Mukhtar Shah, reportedly involved in the killings of taxi association president Mohd Shafi Lone and a Bihar street vendor, Virendra Paswan, in Srinagar.

The NIA conducted searches at 16 locations in Kashmir and Delhi-NCR in a fresh terrorism network case pertaining to a conspiracy to carry out terrorist acts in the J&K and other major cities of India by the cadres of proscribed terrorist outfits. inside