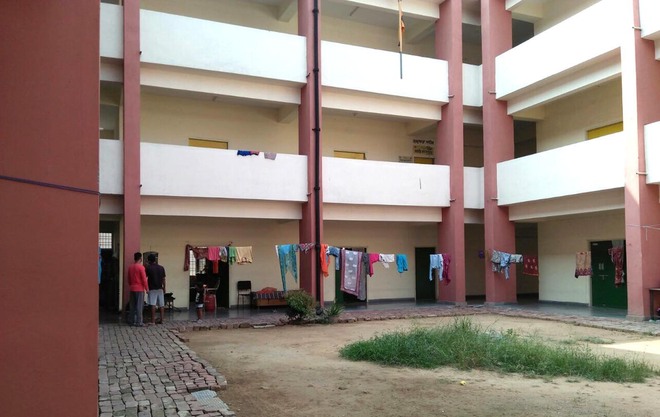 As many as 45 girls escaped from the Gandhi Vanita Ashram’s children’s home this evening. They were, however, traced late at night by the Division No. 2 police.

The home primarily houses girls who are placed under the protection of the ashram during ongoing court cases. The prime grouse of girls who escaped was that they were not being released even though they had attained 18 years of age. The ashram also has a children’s home for girls and a widow home.

Sukhbir Singh, SHO Police station No. 2, said, “The girls had been traced and almost all have been brought back to the ashram. Since so many girls left together we were still counting how many were still missing. We received the information when the girls ran and we made them sit and pacified them. The girls said they had consciously left the ashram demanding their release as they were there for a long time and are now adults (18 years of age) but they are being kept there. They also had a grouse regarding amenities. They told us they want to leave the place and don’t want to stay anymore. It was a collective decision for them to leave the place.”

When asked how the girls escaped from a high security place like the Gandhi Vanita Ashram, the SHO said, “The girls were big in numbers. Security is deputed but they are mostly ladies staff. There are a few ashram personnel too. The doors are also wooden and the main gate has a big door which is mostly open. There are so far no reports of any altercation or confrontation when girls left.”

Sources said a detailed procedure has to be followed before the girls can be released. Notably, time and again questions have been raised over the security arrangements and non-functional cameras at the ashram.

CDPO Gary Randhawa could not be contacted despite repeated calls. Sources said Randhawa also didn’t respond to calls by CWC members. CWC member Amarjit Singh Anand, said, “Despite it being my duty on the roster, the DPO office or the ashram’s authorities did not inform the CWC about the incident.”

DC Ghanshyam Thori as well as SDM II Rahul Sindhu confirmed late in the night that all 45 girls were brought back to the ashram.

Sources said the girls had tricked a police constable by saying one of them was ill and then escaped. SDM Rahul Sindhu said it was primarily judicial delay of their cases which remained the prime grouse of girls.