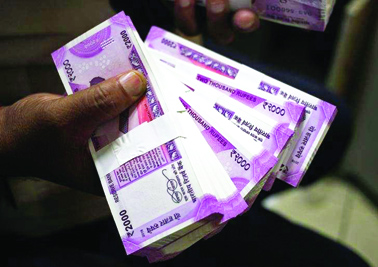 A case of illegal withholding of a customer’s money by HDFC Bank has come to the fore. For the last nine months, Vasudev Gupta, a resident of Adampur, has been running from pillar to post to get back his money, but to no avail. The bank had reportedly transferred his Rs 1,43,016 to another bank account. And despite repeated attempts, he could not get back his money.

Recounting his ordeal, the victim said he worked as a broker in the Adampur mandi and for the paddy season last year, the government had decided to transfer the entire amount of the ‘J’ form through NEFT to the farmers’ accounts. Orders were issued and a large number of NEFTs were done daily under the directions. Under the same payment arrangement, Vasudev Gupta transferred Rs 84,960 and Rs 58,056 from his bank to a farmer, Ramandeep Singh, an HDFC bank account holder, on October 19 and 20, respectively, in 2020. While he submitted his IFSC code correct, he made a mistake by writing one incorrect digit of the farmer’s account number. However, the bank also transferred the amount without matching the account numbers.

Ramandeep Singh told Gupta on October 23 that he did not receive the money. Subsequently, Gupta visited the bank and inquired about the same. After verification, the manager of the Adampur bank branch, told him that the amount had been transferred to a different account number.

“The money was transferred to the account of Jaspreet Kaur, a resident of Ghudiyal village, who is a defaulter of credit card. The bank earlier asked me to contact Jaspreet Kaur to get her consent for getting back the money from her account. After visiting the village, I could not trace Jaspreet Kaur. Nobody knows about her whereabouts. The account was also found freezed, but the bank authorities failed to retrieve the amount. I have sent a complaint against the bank to the PMO, but nothing has happened so far,” added Gupta.

Meanwhile, the bank manager of the bank concerned, said the complaint had been marked to the Chandigarh-based head office and the officials would shortly resolve the issue.