Rs10L to ‘clean’ wards: Two councillors of Cong also against it 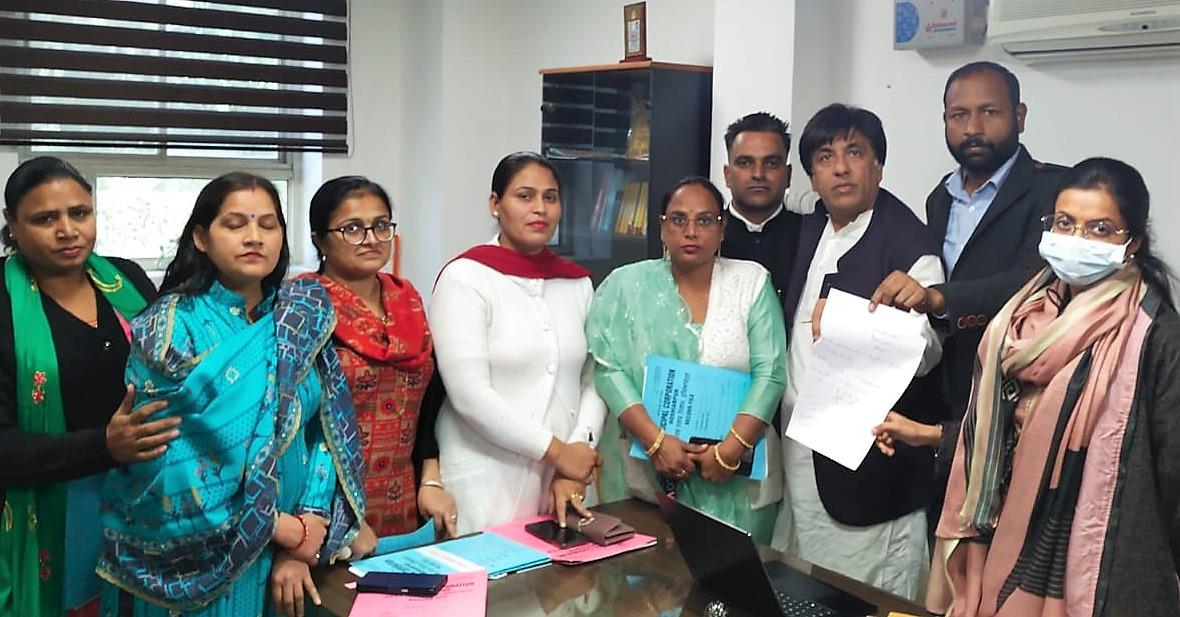 Councillors of AAP and BJP hand over their objection in writing to MC Commissioner at Hoshairpur.

“The functioning of the Municipal Corporation is so discriminatory that it is being opposed not only by the councillors of AAP or BJP but also the ruling party councillors. A discriminatory policy is being adopted by the Congress regarding the development of the city. This will not be tolerated under any circumstances.”

Municipal Councillor and Aam Aadmi Party’s constituency in-charge Brahmashankar Jimpa said this after the meeting of the corporation on Thursday, after filing their objections in writing along with the councillors of AAP and BJP. BJP councilors Surinder Bhatti, Narinder Kaur, Gurpreet Kaur and Geetika Arora and AAP councillor Jaspal Chechi, besides Congress councillors Rajni Dadwal and Sunita Devi were also present on the occasion. These councillors expressed their objection to the proposal brought in today’s meeting to give Rs 10 lakh more to cleaner wards and raised the question that on the basis of which parameters were they being given this amount.

AAP and BJP councillors said they were the elected representatives of the people and it was their first duty to solve the problems of people. — OC