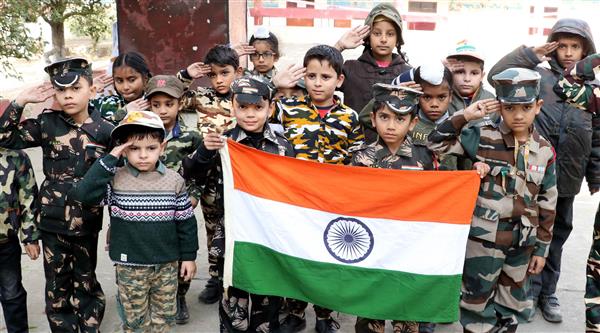 The administration on Wednesday failed to commemorate the Armed Forces Flag Day, held as an annual ritual at Punjab State War Memorial here to express love and care towards the brave soldiers and their families.

The event is annually organised by Sainik Welfare Board, Jalandhar. However, since the post of Deputy Director, Sainik Welfare, has been lying vacant, the function could not be organised this time. It was this evening that Col Maninder Singh’s was appointed to the post, but he is yet to join here.

The function hosted by the Defence Services Welfare office every year on this day also has Corps Commander from Vajra Corps and Jalandhar Deputy Commissioner as the main guests. The valour of the soldiers died in action is recalled on this day and flags are pinned on the attires of all the guests to make collections for the funds meant for the welfare of the next of kin of the martyrs and the retired soldiers. Some families are also invited at the function and offered some help in the form of sewing machines, wheelchairs, woollens or cheques. But no such rituals were followed this day.

The Nawanshahr administration, however, arranged a fundraising on the occasion of Armed Forces’ Flag Day in the district by presenting a token flag to the Deputy Commissioner, Navjot Pal Singh Randhawa. He said the fund given by us on this day was a symbol of our sincerity and commitment towards the defenders of the country’s international borders. He also started the Flag Day fund by making his contribution on occasion. He also asked various government and non-government institutions of the district to contribute wholeheartedly for the Armed Forces Flag Day Fund.

Randhawa also released a calendar depicting the sacrifice of 110 martyrs of ‘Operation Pawan’. He said a target of contribution of Rs 7 lakh had been set for the Flag Day fund. He said this fund is used for the welfare and support of martyred and disabled soldiers, war widows and dependents.