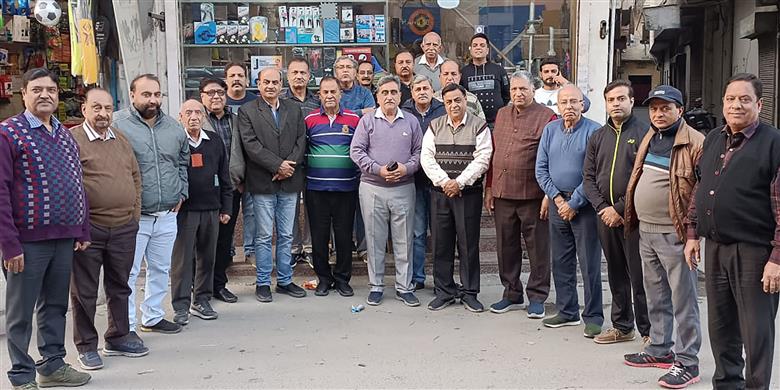 Khel Udyog Sangh members during a meet in Jalandhar.

Disappointed with the government for not paying heed to their demands, members of the Khel Udyog Sangh have planned to hold a candle march against the anti-industrial policies of the government on December 15 at 5.30pm.

Notably, city industrialists have been taking up the issue of non-implementation of one-time settlement (OTS) policy and alleged raids by the GST Department. The members said before coming to the power, Delhi CM Arvind Kejriwal had said that there would be a progressive environment for the industry, but the situation is completely different. “He had promised to end inspector raj but the industrialists are being harassed,” they alleged.

Recently, they also met the Finance Taxation Commissioner Ajoy Sharma and the Finance Minister Harpal Singh Cheema. The industrialists demanded the implementation of the OTS policy and to stop raids being conducted by the GST Department in the name of inspections.

The OTS was implemented for 2013-2014, and the traders have been demanding to include cases till 2018 under the scheme. The traders said the problem was only aggravating as they couldn’t deal with the cumbersome procedure of the tax.

Ravinder Dhir, a industrialist, said, “I told the commissioner that I was 16 when I got into the business. Around 43 years have passed and in all these years, I did not experience something like this before. Raids and inspections never happened like these days.”