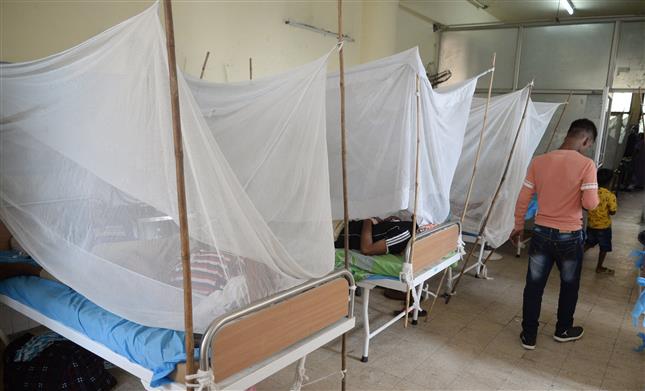 The dengue ward in the Civil Hospital, Jalandhar. file photo

The dengue count in the district rose to 400 cases (226 urban and 174 rural) today with one more person testing positive for dengue. As many as 1,976 samples of dengue have been tested in the district so far, of which 15 were tested today. One came out positive.

The number of people served challans in the district stays put at 27 for the past almost a month (21 urban and six rural). As many as 13 notices have also been issued to residents regarding dengue related violations by the MC, Jalandhar.