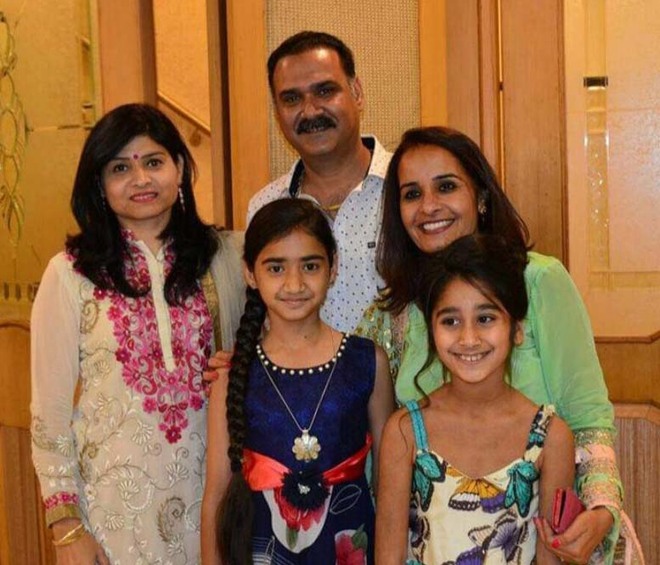 Rachna (right) along with her brother-in-law Monty Sehgal and other family members during her recent trip to Jalandhar. Tribune photo

“There could be no better day for the victory than Dasehra day as it marks the victory of good over evil,” says Rachna Singh’s Jalandhar-based brother-in-law Monty Sehgal.

Rachna (47), who has roots here, has been re-elected as MLA from Surrey-Green Timbers for a second term. She is among the eight Indo-Canadians; of which three hail from Jalandhar and its periphery, from the New Democratic Party (NDP) which has secured an absolute majority in the 87-member Assembly of the British Columbia province in Canada with 55 seats. One of the three women NDP candidates to have won the elections, Rachna is also among the four who secured wins in the Indian-dominated city of Surrey.

Labour Minister Harry Bains who has been re-elected from Surrey-Newton, hails from Hardaspur village in Phagwara. Jinny Sims, who has again won at Surrey-Panorama, comes from Pabwan village in Jalandhar.

Surinder Kaur, Rachna’s mother-in-law, celebrated the occasion by offering prayers at the local gurudwara this morning. On the auspicious day, the mood at her in-laws home here is overflowing with hurrahs. Brother-in-law Monty Sehgal, who is a spokesperson for Petrol Pump Dealers Association Punjab, said, “It is a very big moment for us. There could be no better day than Dasehra. Greetings and congratulations have poured in from all the near and dear ones. My mother is beaming with pride. First thing she did in the morning was visiting the gurduwara to thank the heavens. We are looking forward that she will achieve even greater heights in her second terms.”

Schooled at Government School in sector 35 in Chandigarh, Rachna pursued her MA in psychology from the Panjab University. While she was in India she worked with the Red Cross Society in India and also served as a counsellor at a drug de-addiction centre. She moved to Canada along with her husband and children in 2001 and worked with CUPE as a social worker before being nominated as candidate for Surrey-Green Timbers by NDP.

Speaking about her social works, Sehgal added, “She was born to serve society. Our entire family has been keen on philanthropy. She was chosen by the NDP as a candidate in Surrey-Green Timbers due to her popularity as she had been engaged in many social activities.”

Rachna’s husband, Gurpreet Singh, is a broadcaster and human rights activist in British Columbia. Her elder son is pursuing engineering in Bio tech and daughter is a Class VIII student. Every time she comes to India, she has never forgotten to pay a visit to her hometown.