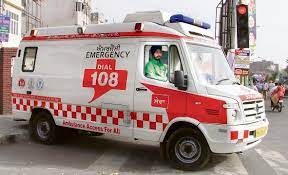 Two days after The Tribune highlighted the issue related to overcharging by private ambulance operators, the district administration has swung into action and capped ambulance charges for the Covid-19 patients.

Taking cognisance of the report, Jalandhar Deputy Commissioner Ghanshyam Thori on Saturday fixed rates of private ambulances in the district.

From now onwards, Rs 1,200 have been fixed for the first 15 km and an additional Rs 12 per km for additional distance in BLS ambulance up to 2,000 cc with basic life support.

Thori said, the administration has also issued another set of instructions for ambulances, including availability of masks, gloves and PPE kits for attendants at customers’ expense.

Hospitals have been allowed to charge Rs 1,500 in case of sending paramedics in ventilator enabled ambulances. He said ambulances would not claim additional charges for oxygen gas and plant owners have been directed to fill oxygen cylinders in ambulances on a priority basis and at controlled prices.

Stern action would be taken against those who charge more than the fixed rates from patients and case would be registred under the Epidemic Act, said the DC.