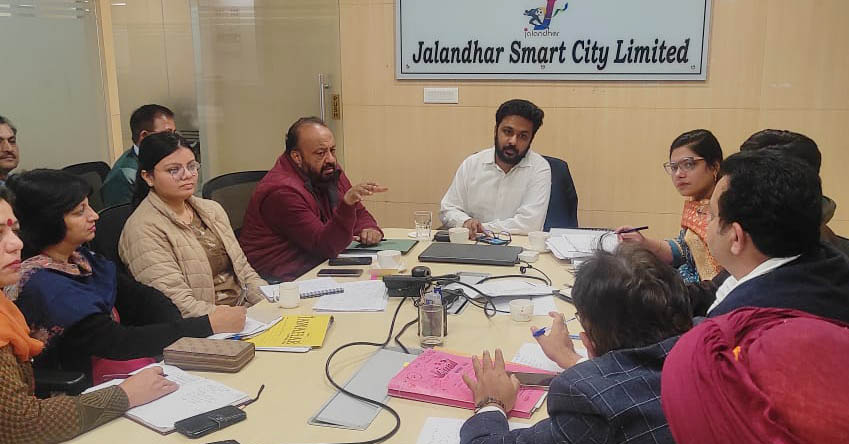 A meeting of the Board of Directors of the Jalandhar Smart City was held today under the chairmanship of Secretary, Local Bodies Department, Vikas Partap. Smart City CEO Abhijeet Kaplish, DC Jaspreet Singh among others were present in the meeting.

Kaplish said a lot of Smart City staff had resigned in the recent past and because of that the pace of work had suffered a lot. After this, higher officials allowed the sanctioning of recruiting new staff through the Punjab Municipal Infrastructure Development Company.

About Integrated Command and Control Centre, the CEO Smart City shared with the Secretary that proper technical staff to handle cameras and computers etc was required, for that too sanction was given on the spot.

Kaplish also told the officials many ongoing works were put to halt by contractors because of non-payment. The CEO then also demanded the machinery for Kala Sanghian drain and solid waste management because. Sanction for that was also given in the meeting.