Seeks restoration of monument to its previous form 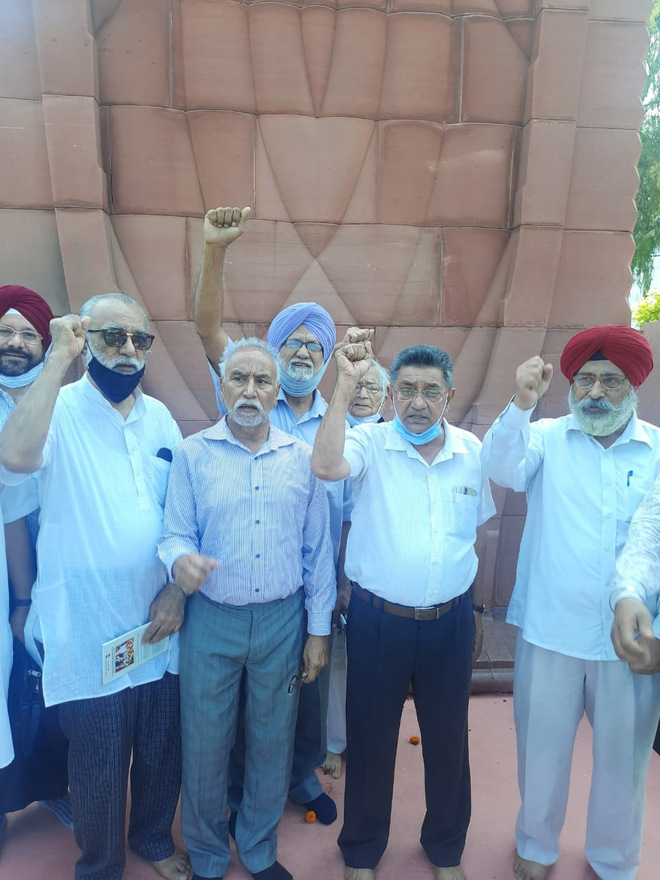 The committee said the decision was taken after detailed discussions with various people’s groups following a meeting held on the issue.

Members from various farmer groups and other public organisations also joined the committee members in the meeting. They said while Jallianwala Bagh was a monument which bears testimony to the freedom struggle and sacrifices made by countrymen, the changes made to it have been disturbing for countrymen.

A meeting on the issue was held under the leadership of DBYC president Ajmer Singh at the Desh Bhagat Yadgaar Hall here on Sunday. While sharing information on the decision taken during the meeting, committee general secretary Gurmeet Singh and cultural convener Amolak Singh said, “Despite repeated appeals to the Prime Minister, the President, the Jallianwala Bagh Trust and the administration, seeking restoration of the monument to its previous form, these communications have evinced no response. Therefore, the decision to take the path of protest was taken in the meeting. The march on October 20 will be the first vocal reaction to the changes made to the monument.”

A committee member said the future course of these protests will be intimated on October 20. The protest will be taken to its logical conclusion and if required, a series of stirs will be held. It was decided that the participating organisations would independently work to raise the issue of the Jallianwala Bagh alterations.

The DBYH had written a letter to Prime Minister Narendra Modi, who is also Chairman of the Jallianwala Bagh National Memorial Trust, on September 8 expressing anger over recent the alterations to the Jallianwala Bagh. It had sought the constitution of a committee of prominent historians and also sought restoration of the monument to its earlier form and layout.