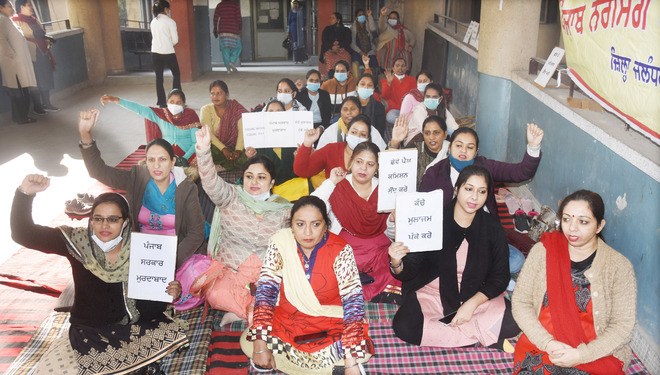 Upset over the non-fulfillment of their key demands, despite being given assurances last month, the Punjab Government Nurses’ Association on Tuesday boycotted all medical duties. The agitators, demanding regularisation of their services, and rise in salaries said, even after a meeting with the health minister, no action has been taken by the government.

The union members said all medical services by the nursing staff would remain hit for an indefinite period, if their demands were not accepted.

The key demands of the association include the regularisation of the services of the nursing staff, changing the name of the post — staff nurse to nursing officer. They demanded that while they were recently placed in the pay grade C as per the recommendations of the Sixth Pay Commission, they should be provided grade B.

They threatened that if the government did not give time to the joint action committee of nurses for a meeting soon, they would even go on leaves.