‘Panghura’, a cradle of hope for abandoned infants 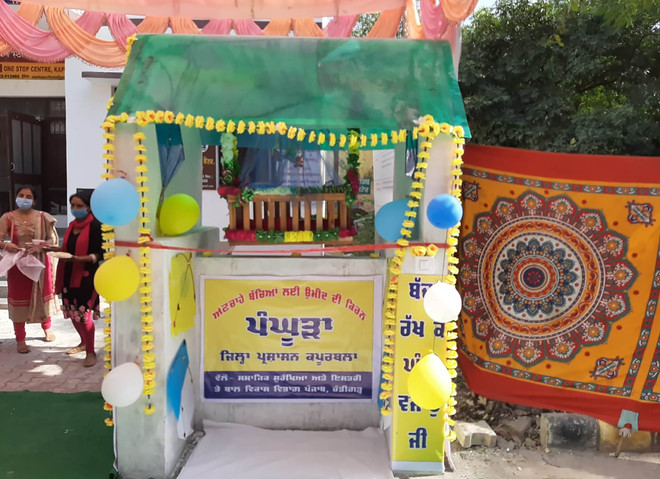 ‘Panghura’ service has been set up at the Civil Hospital, Kapurthala.

To provide a new lease of life to abandoned infants, a ‘Panghura’ service has been started in the district today.

The ‘Panghura’ service has been set up at Sakhi, a one-stop centre at Civil Hospital, Kapurthala, where caretakers have been appointed to look after the little ones in cradle. A bell has been installed with the cradle so that the people are able to ring it to make the caretakers aware of the new comers in cradle.

Launching this noble scheme in the district, Deputy Commissioner Deepti Uppal said, “Abandoning a child is a crime but if anyone still wants to give his child, we appeal to them to leave the child in the panghura so that we can take care of it.”

She said the message going out to the community was simple that no child is unwanted, so do not throw her or him away. She said, “Once the infant is in safe hands, he/she will be taken to a nearby civil hospital for a check-up and, if necessary, will be given medical care. Later, after the necessary documentation is completed, he/she will be sent to state government’s list of Licensed Adoption Placement Agencies (LAPA).

The district administration has also launched a phone no 7814676459, where people can inform about the abandoned children. Their identity would be kept secret. Those present on the occasion included SDM Sultanpur lodhi Dr Charumita, Civil Surgeon Dr Surinder Kumar and District Programme Officer Sneh Lata.