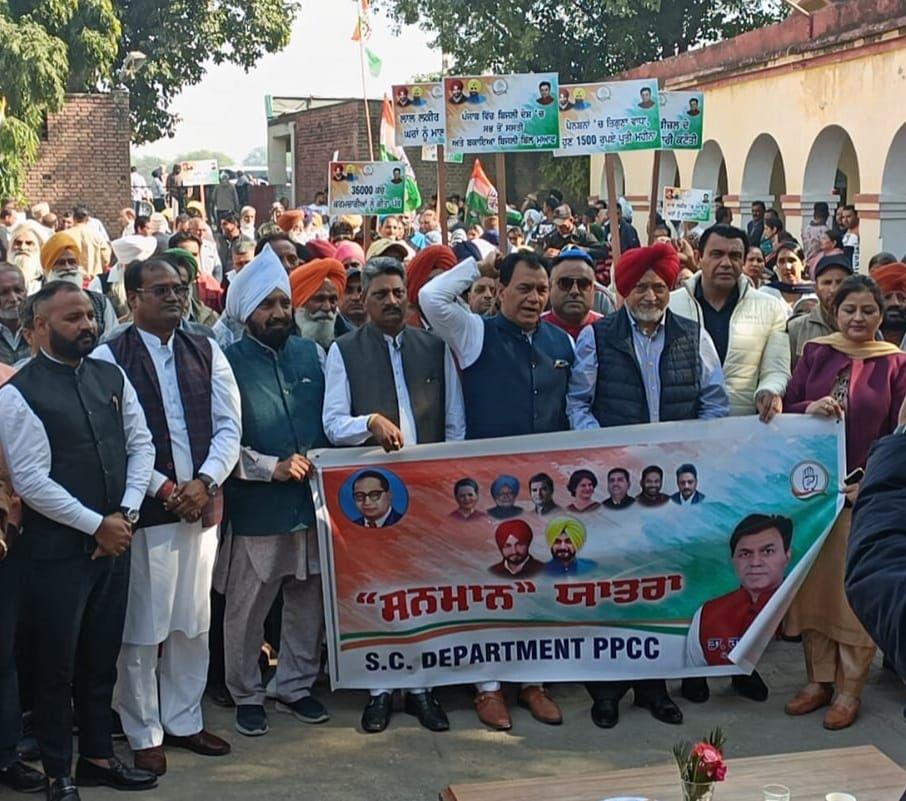 The SC Department of Punjab Pradesh Congress Committee (PPCC) has launched a series of state-wide rallies to express gratitude towards the Punjab government and Punjab Congress who have initiated many pro-poor and pro-farmers schemes in recent past.

Chairman of PPCC SC Department and MLA Chabbewal Dr Raj Kumar said these rallies would be held on the behalf of the farmers of Punjab, SC community and the poor and the needy, to thank CM Charanjit Singh Channi, Sonia Gandhi, Rahul Gandhi and PPCC Chief Navjot Singh Sidhu for taking the bold decisions for the betterment of Punjab and Punjabis. He said such honour rallies will be held in all districts of Punjab, by the district bodies of SC Department of Congress. The first such rally was held at Mahilpur two days ago.

Dr Raj said public interest had been the key motivator of the Punjab Government and the Congress party and people would always remember the historic decisions taken by this new team of Congress.

He said in the recent past, commendable work has been done for providing relief to the electricity consumers of Punjab by waiving their outstanding bills. Chabbewal alone had arrears of approx 4 crores waived off. Also, by making electricity cheaper by Rs 3 per unit in Punjab, the electricity rates in Punjab have been reduced to the lowest in the region.

Dr Raj Kumar said giving relief in water charges, electricity tariff and petrol prices, the government has tried to save the poor from the inflation caused by the Central government. Suresh Kumar, national coordinator, AICC, was also present on the occasion. He said the Congress government had created history by giving permanent government jobs to 36,000 contract workers in one go. Dr Jatinder Kumar and Sonia thanked all participants.