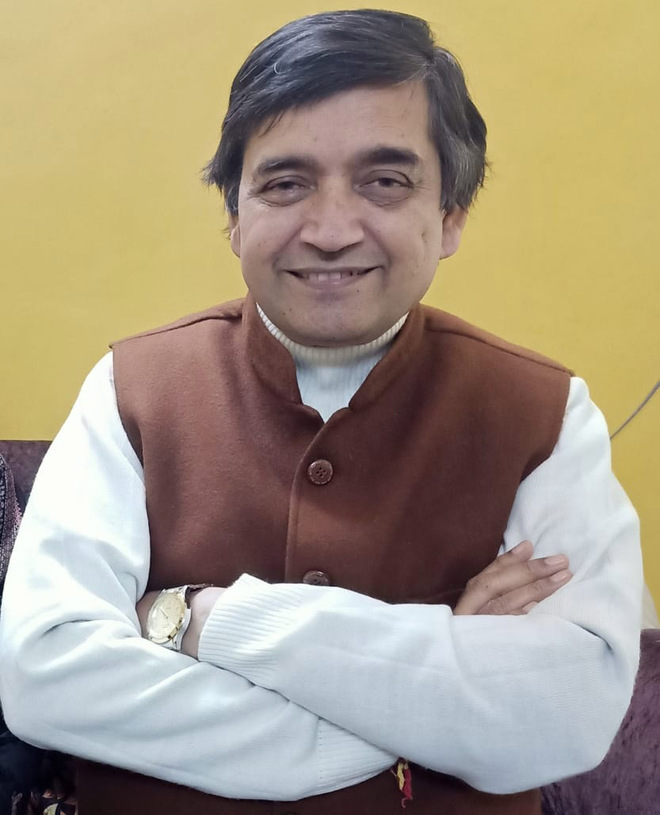 The Language Department had announced Sahitya Ratna and Shiromani Awards for 18 different categories of literature and art on Thursday. The awards were finalised at a meeting of the State Advisory Board chaired by Higher Education and Languages Minister Tript Rajinder Singh Bajwa.

Dr Ajay is already a known face in the city. He has written 12 novels, five dramas and a short stories’ book. His first book was called ‘Lakeer de aar paar’, and his first novel was ‘Chehra aur parchaayi’. He has also written a serial ‘Adharsheela’ of 26 episodes, which was aired on DD Kisan.

Sharma, a degree holder in BAMS, practiced medicine for several years before he quit in 1999. He shares an interesting anecdote: “I wanted to become an actor, but my parents, both teachers, didn’t allow me to do so. They wanted me to do something in the field of education. So, I completed my BAMS degree and started a clinic. The urge of becoming an actor gradually vanished, but in 1999, I decided to discontinue this work and joined vernaculars, because I wanted to do something in creative field. Until March this year, I have worked with several vernaculars and then I decided to say goodbye to this field as well.”

Sharma said the awards should come as a motivation. “My real award are my readers, but this has certainly given me a push,” he said.

Dr Ajay is now working on his next books. But at the same time, he is also planning to go back to where he started from — starting his clinic again. “I have the degree and time, I will start practising again,” he said.

He had contracted the coronavirus and is writing ‘Covid-19 positive, kamra number 909’ to share his experience with readers. He has also written three plays during the lockdown.

Seventyeight-year-old Dr Kirti Kesar is famously known for acting as a bridge between Hindi and Punjabi and 17 of her books have been published. She has also worked as a journalist. She was married and had three children when she started writing. The city-based poetess was also awarded the ‘Sauhard Puraskar’ for her work by the UP Hindi Sansthan.

Nowadays, she is seen supporting farmers in their movement and is actively posting and writing in favour of them on social media.