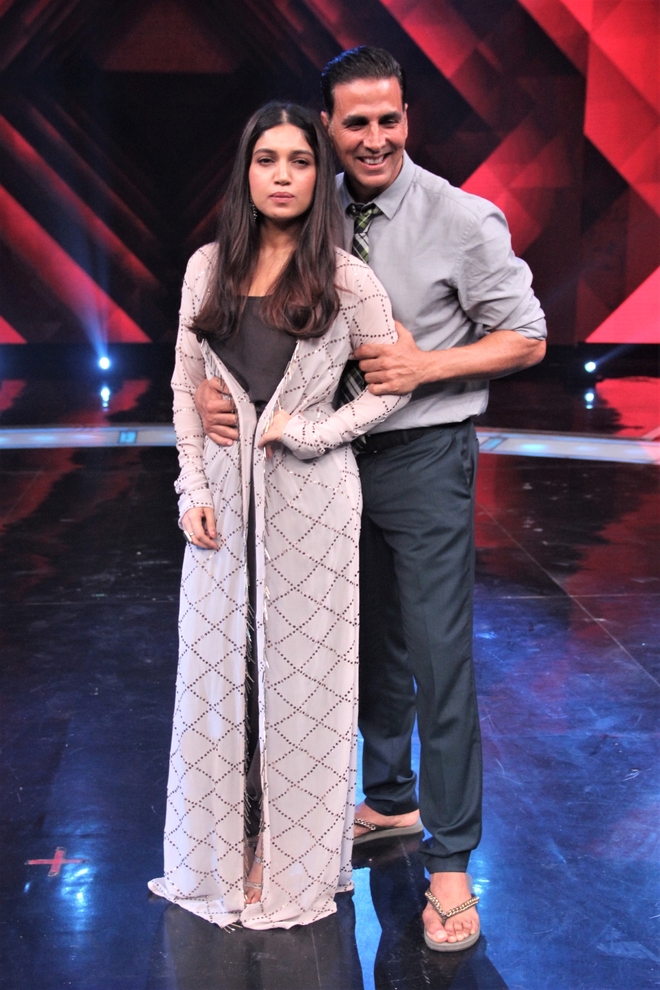 Bhumi Pednekar and Akshay Kumar, who were seen together as a married couple in the hit film Toilet-Ek Prem Katha, are all set to reunite in Raksha Bandhan. The film, directed by Aanand L Rai, was aiming for a November 2021 release. However, owing to the pandemic, the film has still not gone on the floors, but will do so on June 21. Ahead of the shoot, it has been revealed that Bhumi Pednekar will be playing the female lead of the film.

Announced last year on the occasion of the Raksha Bandhan festival, the movie revolves around the brother-sister bond. Akshay Kumar had then said, “Raksha Bandhan is a special film for all of us, rarely are such pure and simple films made. Can’t wait to begin filming for this one!” Meanwhile, this is Akshay’s second project with Aanand L Rai. He wrapped up Atrangi Re, which also stars Sara Ali Khan and Dhanush, earlier this year.