George Clooney and Julia Roberts team up for Ticket To Paradise : The Tribune India

George Clooney and Julia Roberts team up for Ticket To Paradise 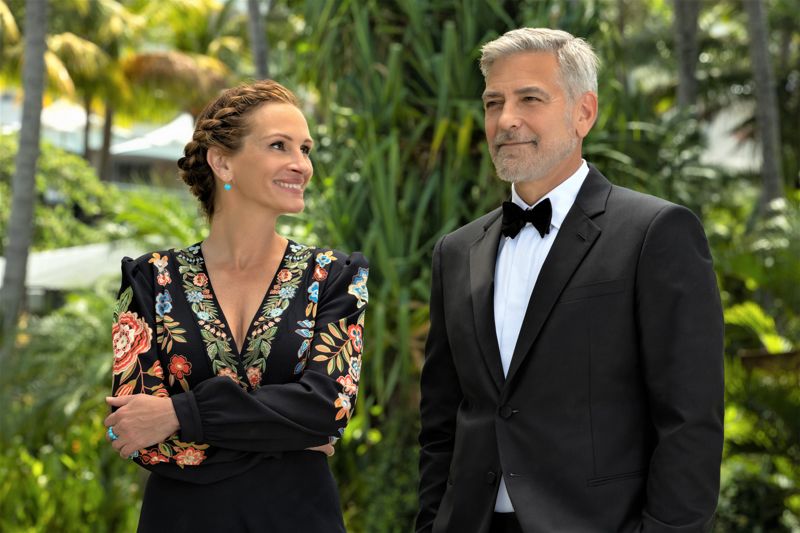 Universal Pictures is all geared up for a well-lit and grand Dasehra, as it announced the release date of its romantic comedy Ticket To Paradise.

Universal Pictures is all geared up for a well-lit and grand Dasehra, as it announced the release date of its romantic comedy Ticket To Paradise. Set to take the audiences on a vacation, the Oliver Parker directorial, will hit Indian theatres on October 6. The movie, apart from boasting of a captivating storyline, is also a visual treat to the audiences as it captures the breath-taking beaches and several other landscapes. Ticket To Paradise features two of the most popular and critically acclaimed artists worldwide, George Clooney and Julia Roberts, in the lead roles, along with Kaitlyn Dever, Maxime Bouttier, Lucas Bravo and Billie Lourd.

Commenting on doing a film together after many years, George Clooney says, “Julia and I weren’t actively looking for a project to do together, but, of course, it was easy to say yes to a chance to work on another project with her! Ol Parker (Director) sent the script to both of us at the same time and said he had written the parts for Julia and me. So, right after I read it, I called Julia and told her ‘I’ll do it if you do it’ and she said, ‘Well, I’ll do it if you will.’ And not long after that, we were heading to Australia.” — TMS