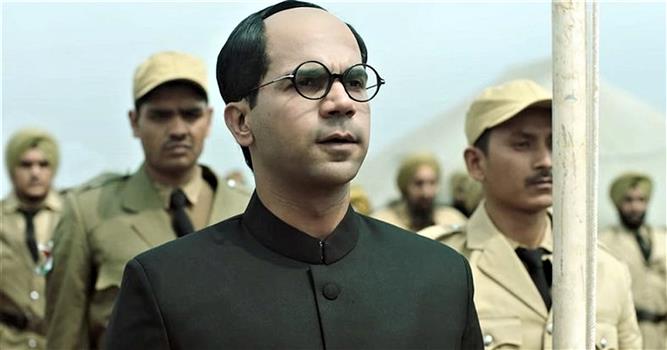 As the country celebrates the 124th birth anniversary of Subhas Chandra Bose as the first Parakram Diwas, his life and death is one mystery that still has people invested. About half a dozen films and web series, seems like filmmakers are not going to let viewers forget the fearless soldier who famously said, “One individual may die for an idea, but that idea will, after his death, incarnate itself in a thousand lives.”

The Forgotten Army – Azaadi Ke Liye is Kabir Khan’s 2020 web series that depicts the trials and tribulations faced by Azad Hind Fauj (Indian National Army). Khan had earlier made a documentary in 1999 titled The Forgotten Army and debuted on the web space with its fictionalised story set during Second World War. The Amazon Prime Video series got the IMDb rating of 8.

Sham Kaushal, who was an action director for the series, recalls the whole experience as an exhilarating one. “While just like any Indian I knew about Netaji and his patriotism, the series touched an emotional chord taking one back in time to our valiant soldiers who fought against all odds under Subhas Chandra Bose.”

How Rajkummar Rao went a body transformation to step into Bose’ shoes for Bose: Dead/Alive is the stuff often talked about. Rao gained about 13 kg, went half bald for AltBalaji’s series that’s based on Anuj Dhar’s book—India’s Biggest Cover-Up. Rao admitted that he found the mental preparation for this role even more challenging as he read extensively on him and spent time at Bose’s house Netaji Bhawan in Kolkata. “For an actor, preparing for every role includes understanding your character’s back story. But when you’re playing a real life character, this includes the responsibility of staying true to the legacy of the life you’re portraying,” says Alexx O’Nell, who played David Anderson in the same series.

On the Parakram Diwas, he finds himself reflecting on his work in Bose Dead/Alive’ (2017). “I immersed myself in the history, the controversy, and the mystery of that tumultuous period to flesh out my role as David Anderson, a government official involved in hunting Bose down.”

Besides these two series, there are films depicting various phases of Bose’ life. Gumnami is a Bengali film on this subject. Netaji Subhas Chandra Bose: The Forgotten Hero is a war film helmed by legendary Shyam Benegal. The film leads up to the years of forming of the Azad Hind Fauj. Rajit Kapur who played Abid Hasan in 2004 film, sees Netaji, “As a freedom fighter who despite ideological differences with other leaders of the Freedom movement never gave in.” Rajit played Netaji’s personal assistant in the film.

While there have been other films like Samadhi (1950), Subhas Chandra (1966), Ami Subhash Bolchi (2011), Rajit sees potential in Bose’ story for many screen outings. “Any leader like Bose is always interesting to read and watch, because there is always something to learn,” he says.

(With inputs from Sheetal)