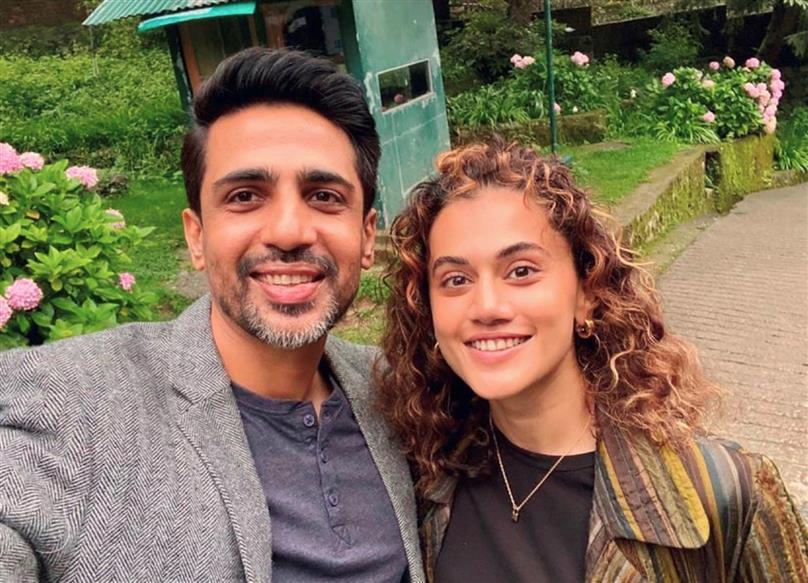 Taapsee Pannu had recently announced the first film that she would be producing as well as acting in under her production house — Outsiders Films. Titled Blurr, the film has now gone on the floors. It will star actor Gulshan Devaiah and Taapsee. Both the actors took to their social media accounts and shared that the film’s shoot had started. Sharing a photo with the film’s script, Taapsee captioned it, “Shubh Aarambh! Let’s do this Gayatri! #Blurr #Day1 #HappyBeginning.” Whereas, Gulshan shared a happy selfie from the film’s sets and said, “Mr & Mrs Blurr” @taapsee.” The film will be helmed by Ajay Bhal, who has directed movies like Section 375 and BA Pass.