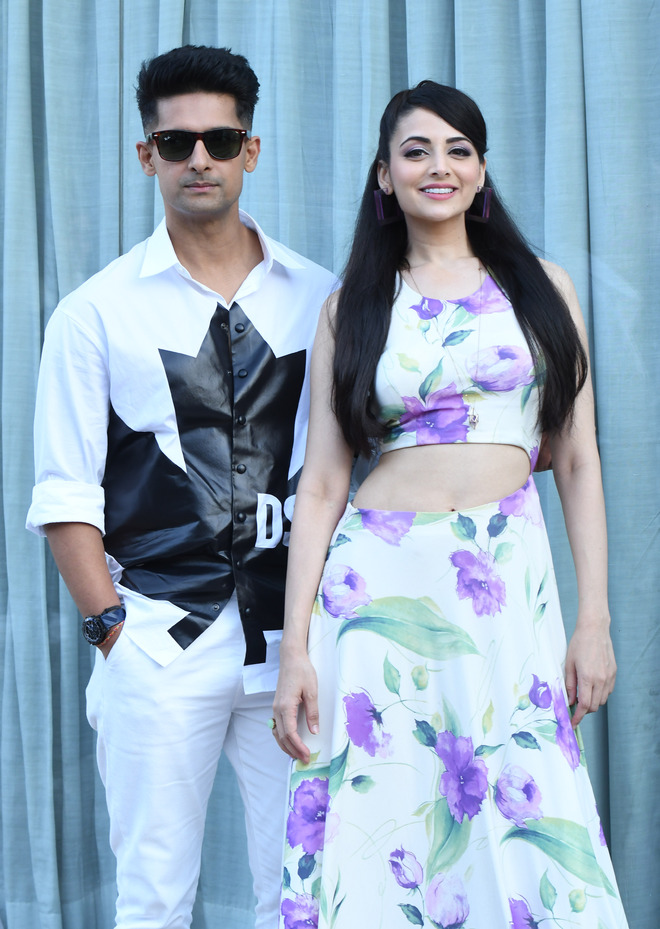 amai 2.0 actor Ravii Dubey is all set to begin a new adhyaya in the genre of con thrillers with MX Player’s original web series, Matsya Kaand. While actress and model Zoya Afroz will be seen opposite him in this game of disguises, it also includes talented actors like Ravi Kishan, Piyush Mishra, Madhur Mittal, Rajesh Sharma and Naved Islam.

JAMAI 2.0 actor Ravii Dubey is all set to begin a new adhyaya in the genre of con thrillers with MX Player’s original web series, Matsya Kaand. While actress and model Zoya Afroz will be seen opposite him in this game of disguises, it also includes talented actors like Ravi Kishan, Piyush Mishra, Madhur Mittal, Rajesh Sharma and Naved Islam.

As a part of the promotions for this intriguing con thriller, the lead pair visited Chandigarh before its launch on November 18.

So, what’s different about this con-thriller? Answers Ravii, “It is not just the criminal vs cop game, but it also explores the guru-shishya equation of Matsya Thada and his mentor which is played by Piyush Mishra ji. I said yes to this series because it is exactly the kind of work I wish to do. I didn’t know experienced and talented actors such as Ravi Kishan and Piyush Mishra would be in the series. That was a bonus.” Directed by Ajay Bhuyan, the series is going to have a second season.

Zoya Afroz, who will make her OTT debut with Matsya Kaand, says she shares similarities with her reel character. She adds, “In many ways, I connected with the thought process of Urvashi. Like me, she is a go-getter. Also, I like strong female characters be it on television, films or series. I have always made sure that whatever I do should add meaning to the project and my character in Matsya Kaand is as meaty as any other role.”

And here comes the story of heavy prosthetics. Ravii adds, “There are very few referral points on con-thrillers or usage of prosthetics. The best would be Kamal Haasan in Hindustani. The actor has done it in Chachi 420 and Vishwaroop. And I had watched Kay Kay Menon in Bahrupiya from Ray too. Having gone through the process of taking another avatar which requires long hours of work, I have immense respect for actors who have done it.”

Word from the inside

Ravii shares a story from the sets. “Initially, it was decided that Matsya would be a smoker. And to perfect that role, I, a non-smoker, started smoking at least 50 cigarettes a day. But the idea was discarded later on. The director wasn’t convinced.”

Ravii who considers this series to be his true digital debut, has lost about 12 kg in 20 days to look younger. “Playing Matsya Thada has been an exhilarating journey,” he adds.

Elaborating on his trip to Chandigarh, Ravii says, “Chandigarh is literally my second home and it’s always good to be back. This city has given me immense love always.”

On the other hand, Zoya is juggling between promotions and her preparation for Miss International 2022 pageant to be held during the fall of 2022, in Yokohama City, Japan where she will be representing India. She has won the Glamanand Supermodel India title of Miss India International 2021. She says, “Knowing that Matsya Kaand has a sequel is truly reassuring. The pageant committee has put a lot of trust in me and has not put any condition of not working till the competition.”