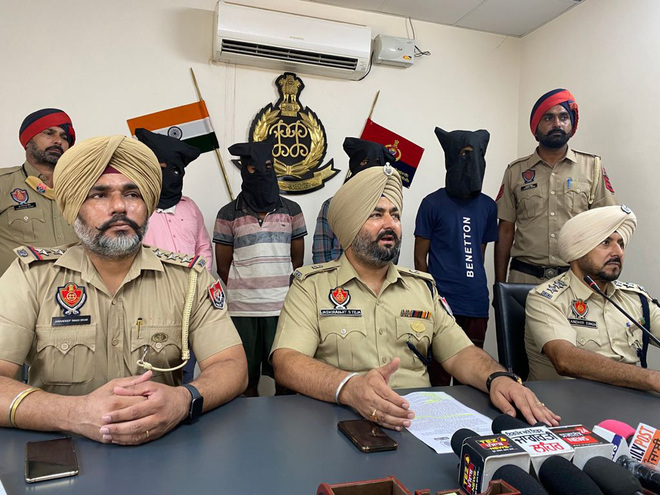 ADCP Jaskiranjit Singh Teja addresses mediapersons regarding the arrest of members of a gang of thieves on Thursday. Tribune photo

ADCP Jaskiranjit Singh Teja said acting on a tip-off, the police arrested the accused and recovered 20 quintal of iron, one Mahindra Bolero, Rs 1 lakh, electric cutter and some other equipment from them.

The ADCP said on September 11, Ravinder Pal had lodged a complaint that thieves had stolen iron from his factory and during probe the police identified two persons.

Inspector Amandeep said during interrogation the two thieves confessed that they had sold the stolen goods to two junk dealers and they were also arrested. The police also recovered Rs 1 lakh from the junk dealers, which they had received after selling the stolen goods. The SHO said the Bolero was stolen by the accused from Jagraon last month.