39 snatchers arrested in 7 days under special drive : The Tribune India 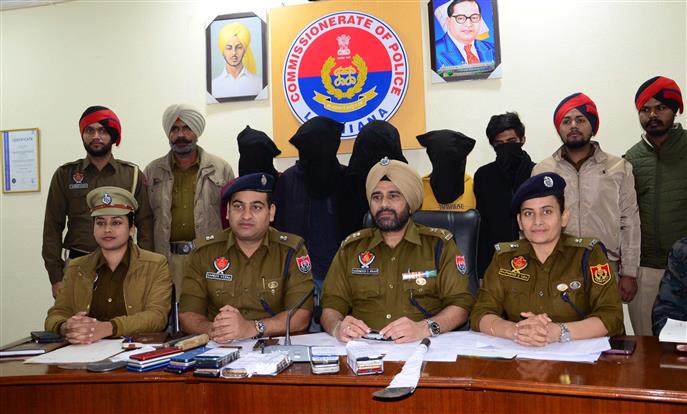 The special campaign launched by the crime wing of the Ludhiana Police Commissionerate against snatchers has led to the arrest of 39 miscreants in a week.

Brar said the special drive was initiated a week ago and the maximum snatchers were arrested along with the recovery of a large number of looted mobile phones.

The DCP said after nabbing the snatchers, detailed questioning was also done to know the whereabouts of other gang members. Based on the questioning of the arrested suspects, in the coming days more arrests of their aides and recovery of looted valuables could be made.

Brar said the majority of the nabbed suspects used to carry sharp weapons, which they used to intimidate the victims at the time of committing crimes.

Now, the police would find owners of these mobiles and the recovered phones would be handed over to them.

When asked if these snatchers were drug addicts, the DCP said some of the nabbed suspects were addicts and they used to sell the looted mobiles to their clients after which they buy drugs from the money received.

Now, the police are also eyeing some mobile shop owners who had been buying snatched mobiles from them and such shopkeepers would also face legal action.

DCP Varinder Singh Brar said with the directions of Police Commissioner Mandeep Singh Sidhu, the Ludhiana police had done mapping of areas where snatching incidents had been taking place. Now on the basis of the mapping, the police patrolling was increased in such areas. As per the mapping report of the police, major snatching incidents are taking place at Cheema Chowk, Transport Nagar, RK Road, Samrala Chowk, Delhi road, Ghora Factory road, Bhamian road, Metro road, Chandar Nagar, Joshi Nagar, etc. “Now we are also keeping a tab over the snatchers who are coming out on bail and committing loot incidents again. We are going to launch intensive drive against them to stop snatching incidents in the industrial hub,” he said.