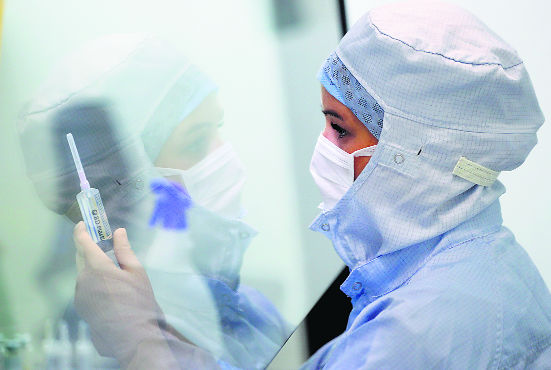 One Covid-19 patient lost his life while 48 more tested positive for the disease today, which include the ADC, Jagraon, Neetu Katyal Gupta.

The deceased was 54-year-old man from Lohara Road. He was admitted to Mohan Dai Oswal Cancer Hospital yesterday evening and died in the morning today. According to hospital sources, the patient was admitted to hospital in a critical condition and could not survive. With this, the total number of deaths from the Ludhiana district have reached 28.

On June 21, brother of the deceased had also lost his life. He was also Covid-19 patient and admitted to SPS Hospital.

Khanna SDM Sandeep Singh’s 36-year-old wife and 68-year-old mother have also tested positive for the virus. They have been home quarantined. Meanwhile, wife and children of ADC (G) tested negative for Covid.

Yesterday, ADC (G) Amarjit Bains and Khanna SDM Sandeep had tested positive after which nearly 15 officials from the district administration were asked to home quarantine themselves. Ludhiana Deputy Commissioner tested negative for the virus yesterday.

Yesterday, samples of 42 people were collected from the district administration and meritorious school where ADC (G) was on duty apart from their close contacts, including family members.

The residence of the ADC, Jagron, on Mall Road has been sealed and her family members have been asked to isolate themselves. She is presently admitted to the DMCH.

Those who tested positive, include a 64-year-old male and his 34-year-old son, both doctors from Khanna and a 37-year-old male healthcare worker from Ludhiana.