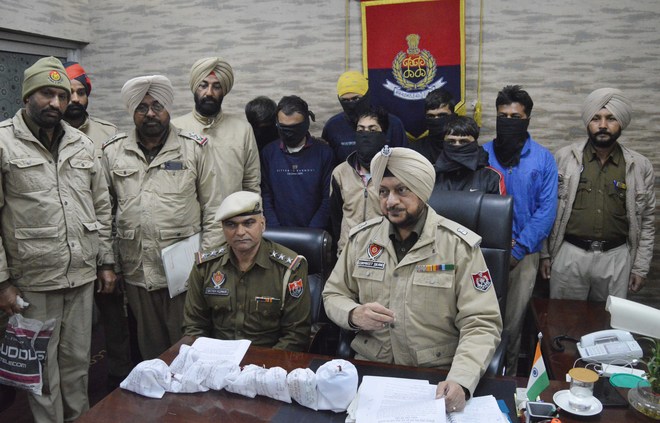 Sikand said they got information that the suspects were doing heroin in a vacant plot near Khawaja Kothi. The police raided the place and nabbed the suspects.

All suspects are drug addicts. They took to drug peddling to become rich in a short span of time, said the police.

Pawan is already facing a drug case registered against him in May this year at the Division 3 police station.

Meanwhile, the Division 3 police nabbed a drug peddler, identified as Harvinder Singh Monu of Mehmudpura, and recovered 13 gram of heroin from his possession. Division 3 SHO Satish Kumar said Harvinder was also nabbed in a drug case last year, and had recently come out of jail on bail. TNS