LIP founder Bains won both elections since party inception in 2012 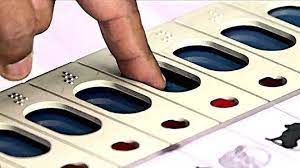 Atam Nagar, which was carved out as an independent Assembly constituency following delimitation in 2009, is in for a fierce multi-cornered contest with the entry of new parties in the poll fray for the high-stakes Punjab Assembly elections slated for February 20.

Simarjit Singh Bains won two times consecutively from the Atam Nagar segment in 2012 and 2017. Bains won his maiden election in 2012 as an Independent and later as LIP nominee in 2017. While Bains is banking on his performance, his opponents are raising the bogey of lawlessness, drugs and non-development of the area during the past 10 years to seek change this time.

This constituency, which was part of the Ludhiana (Rural) Vidhan Sabha segment earlier, has remained the bastion of Simarjit Singh Bains, the Lok Insaaf Party (LIP) founder, who won both the Assembly elections held here so far in 2012 and 2017.

In my constituency, people are with me. They will vote for me to ensure my hat-trick in this election. We will continue to serve the public in future as well. — SIMARJIT SINGH BAINS, LIP MLA

We will ensure that lawlessness ends in the area. Our priorities will be to declare cottage industry as MSME cluster and promote skill development to make youth self-reliant. — HARISH RAI DHANDA, SAD-BSP

People are eager to bring about change in the present system. We will ensure all-round development of the area and check the illegal drug trade, which is rampant in the constituency. — KULWANT SINGH SIDHU, AAP

We are fighting against the traditional rulers, who have done no good to society. We will ensure development and welfare of all sections of society, especially farmers, traders and industrialists. — HARKIRAT SINGH RANA, SSM

Unlike previous two elections when there used to be a triangular contest between Bains, the ruling Congress and the Shiromani Akali Dal (SAD), the entry of principal Opposition Aam Aadmi Party (AAP) and the newly-formed two farmers’ outfits Sanyukt Samaj Morcha (SSM), comprising 19 farm unions, including the one led by Balbir Singh Rajewal, and Sanyukt Sangharsh Party (SSP) formed by a Haryana farm leader Gurnam Singh Charuni, which have forged an alliance, into the poll fray, the electoral contest has become a multi-cornered in this constituency this time.

However, the Bharatiya Janata Party (BJP), with its new alliance partners – the former Chief Minister Capt Amarinder Singh’s Punjab Lok Congress (PLC) and Shiromani Akali Dal (Sanyukt) led by Sukhdev Singh Dhindsa – have yet to announce their candidate from here.

Besides Bains, the Congress has retained Kamaljit Singh Karwal, who was runner-up in the 2017 polls, while the SAD with its new alliance partner Bahujan Samaj Party (BSP) has fielded a former MLA and leading lawyer Harish Rai Dhanda in place of Gurmeet Singh Kular, who finished third from here in 2017.

While Bains, who had won his maiden election in 2012 as an independent and later as LIP nominee in 2017, was banking on his performance, his opponents were raising the bogey of lawlessness, drugs and non-development of the area during the past 10 years to seek change this time.

Trashing the charges levelled against him as “false and baseless” and claiming “innocence”, Bains, 51, who was facing proclamation proceedings in a rape case, besides courting several other controversies in the past, averred that the people of the constituency were with him and he was confident of his hat-trick this time.

Dhanda, 61, who represented Ludhiana (West) Assembly seat as SAD MLA in 2007 and had unsuccessfully contested his maiden election as an independent candidate from Ludhiana (West) in 2002, said bringing an end to the lawlessness, ushering in an all-round development of the constituency and giving thrust to the education and health sectors, besides developing the cottage industry and resolving the perennial problems like traffic congestion were his main poll planks.

Karwal, 51, said the performance of the ruling party and the failure of his opponents was the main issue on which he was seeking votes.

Sidhu, 51, who had quit as the PPCC secretary and joined the AAP in August last after serving the Congress for almost 30 years, said development and drugs were the main issues in the constituency this time.

Rana, 59, said bringing about the change in the present system and ensuring welfare of farmers, industrialists and traders were top on his agenda.

In 2017, Bains had defeated his friend-turned-foe Karwal by a margin of 16,913 votes. He had garnered 53,421 votes, accounting for 50.32 per cent of the total polled votes, against 36,508 votes, constituting 34.39 per cent vote shares, polled by Karwal, who was classmate of Bains. Both had entered politics together before parting ways in 2016 when Bains floated his own outfit while Karwal had then joined the SAD. Both had been imprisoned together for assaulting and stripping then tehsildar Major GS Benipal (retd) in 2009.

Kular of the SAD had finished third with 14,138 votes, accounting for 13.32 per cent vote share, while all other seven candidates had lost their security deposits.

As many as 963 voters, constituting 0.91 per cent vote share, had opted for “none of the above” (NOTA). In 2012, Bains had trounced SAD heavyweight Hira Singh Gabria while Malkit Singh Birmi of the Congress had finished third at that time.