Overflowing sewers one of the major issues 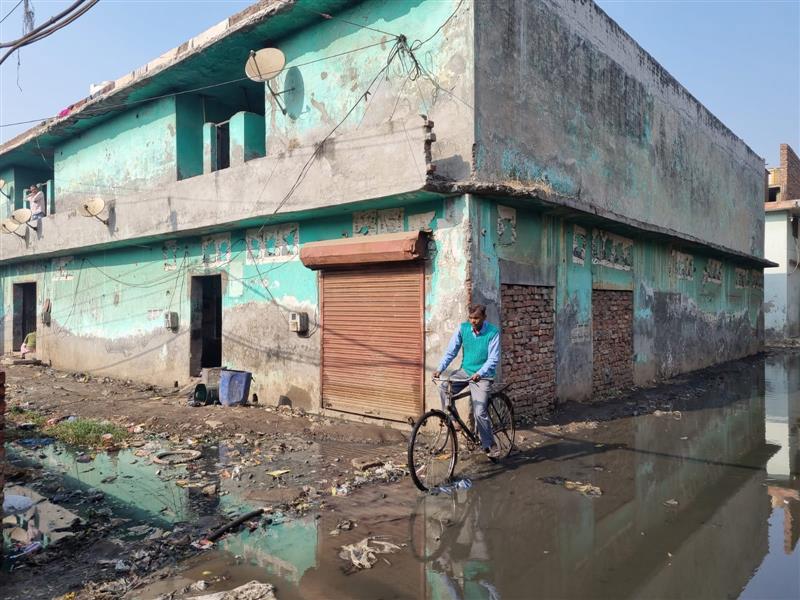 As overflowing sewers is a major problem in various parts of the Ludhiana South Assembly constituency, better living conditions are still like a distant dream for residents in such areas.

The residents are pinning hopes on the upcoming government in the state to provide them a permanent relief from the years’ old problem of choked and overflowing sewers.

People say there are a large number of vehras (quarters for migrant labourers) in the constituency but no steps have been taken to strengthen the sewerage system.

Narsingh Tewari of Ambedkar Nagar in Giaspura said: “People have been suffering a lot for many years due to the unsanitary conditions due to the poor sewerage system in parts of the Ludhiana South constituency. Sewerage pipes are of lesser capacity as compared to the large population in the affected areas. We want that the sewerage system should be upgraded so that people can live under better conditions.”

Tewari, who is a factory worker, said: “The residents have raised the matter of unsanitary conditions many times in the past but to no avail. However, the sewerage system was upgraded on one of the major roads in Giaspura and then the road was reconstructed. But, dirty water still accumulates on the stretch. Basic problems should be resolved on a priority basis as everyone has a right to live under clean environment.”

Another resident of the Ludhiana South constituency, RK Yadav, of Yadav Ahir Mahasabha said: “Sewers generally overflow near Mini Rose Garden in Giaspura. Despite our repeated demands, the problem has not been resolved till date. Sewage often gets accumulated in the garden too. The situation turn too bad during the rainy season.”

“Choked and overflowing sewers is one of the major problems in areas of the constituency. Chances of water contamination also remain high due to the overflowing sewers. We want a permanent solution to the problem. After elections, the new government must take the matter seriously and resolve it,” he said.