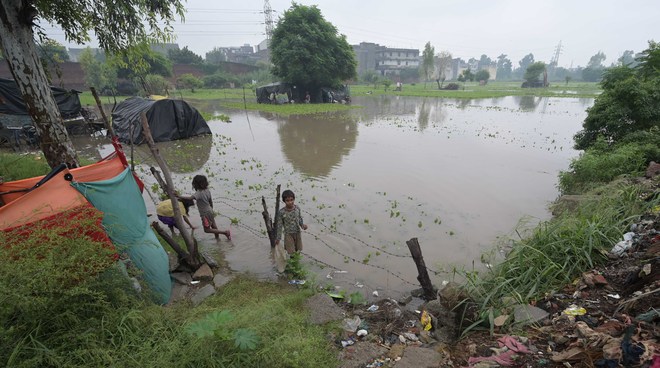 Buddha Nullah’s water enters fields and shanties along it.

Learning no lesson from the past incidents, the MC failed to take the required steps to strengthen the banks of the Buddha Nullah to avoid flooding. After rainfall started in the wee hours, the Buddha Nullah overflowed from multiple points opposite the Peeru Banda area here on Thursday.

After the nullah overflowed, the highly polluted water entered fields and some shanties located there. Some persons used to grow vegetables in these fields and are also residing there.

These are the same fields where the nullah’s polluted water had damaged the crops in 2019. The nullah had then overflowed. The MC had, however, plugged the breach in 2019 but no concrete steps were taken to stop such incidents in future. The nullah’s banks are yet to be strengthened.

After the water level of the Buddha Nullah had rose, sewage flowed back into the New Kundan Puri area.