Civic body’s C&D waste mgmt plant yet to see the light of day : The Tribune India 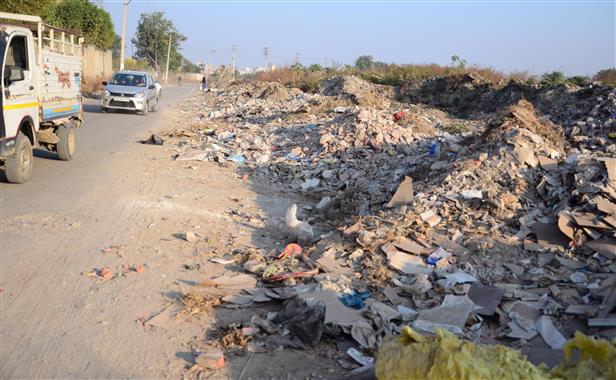 As the much-awaited construction and demolition (C&D) waste management plant is yet to be set up by the Municipal Corporation, construction waste is being dumped openly along roads or vacant plots in various parts of the city. Residents are forced to face inconvenience due to the same.

The National Green Tribunal (NGT) panel in May 2021 directed the civic body to ensure management of the construction and demolition waste within three months but the MC has yet to ensure compliance of the NGT instructions to date.

Civil works of the C&D waste management plant under the Smart City Mission have been delayed again. Now, the plan for civil works is being redesigned, as per information.

Notably, the work order for the civil works was issued to a contractor on December 31, 2021, and these were supposed to be completed by June 30, 2022, but the deadline was missed. The deadline for completion of these works has now been extended to March 31, 2023.

According to officials, the project site at Dhandari contained garbage due to which the contractor had earlier not started the civil works. MC Executive Engineer Balwinder Singh, who looks after Smart City Mission works, said earlier, the project site was a pond. “When the soil testing was done, garbage was found beneath the land up to 12-13 feet deep. Now, a plan for civil works is being redesigned,” he added.

The estimated cost of the civil works for the C&D waste management plant is Rs 2.69 crore. Besides, the cost of the mechanical part of the plant project is around Rs 2.20 crore.

According to information, the machinery was supposed to be installed by December 2021 and the deadline was later extended to December 31, 2022, but the platform that is required for the installation of the machinery is yet to be constructed at the project site.

Executive Engineer Balwinder Singh said the machines were ready and these would be installed once the civil works, which include construction of the platform and admin block, are done.

The MC has been planning for such a plant for a long time. A team of the civic body, led by Mayor Balkar Singh Sandhu, also visited Jodhpur to study the functioning of the C&D waste management plant there in 2020. It was then expected that the waste management plant would be set up soon in the city but the wait for the same seemed to be getting longer.

A city resident, Surjit Singh, said: “It is a usual scene in the city that construction waste or debris are dumped along roadsides or vacant plots in various parts of the city. The departments concerned must take necessary measures to ensure proper management of such waste.”