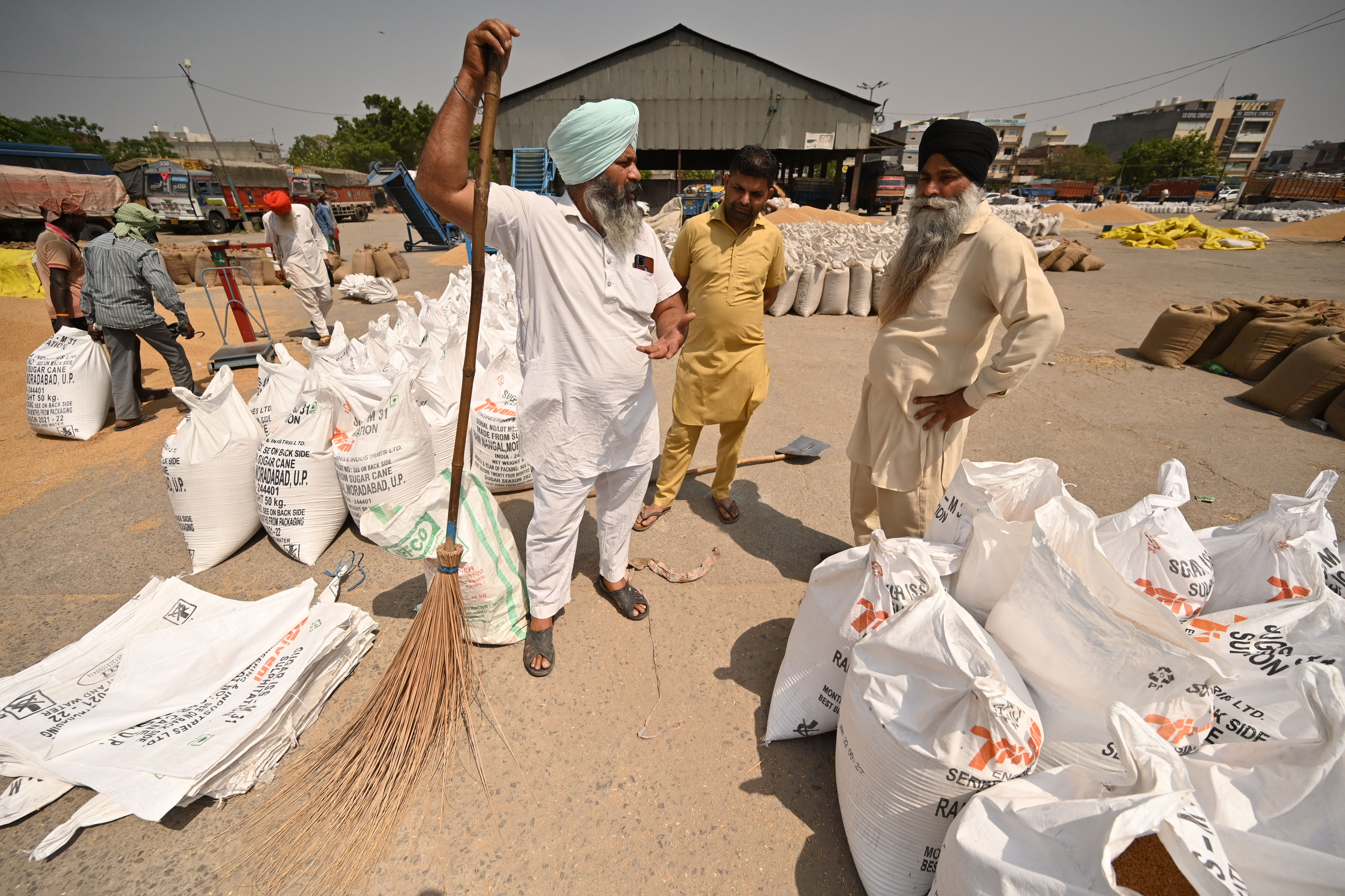 Farmers at a dana mandi in Ludhiana on Sunday. Tribune photo

Panicked over Union Government’s move to arbitrarily implement stricter procurement norms, farmers of the region have urged Punjab Chief Minister Bhagwant Singh Mann to take up the issue with the Prime Minister and advise procurement agencies to continue with old norms at least during the ensuing season.

Wheat growers have also sought intervention of senior functionaries for the protection and safety of their produce dumped in mandis from0 adversaries of weather.

Farmers led by office-bearers of various Kisan Sabhas alleged that the Union Government led by Prime Minister Narendra Modi had added insult to injury by trying to change procurement norms despite the fact that they (farmers) had already suffered massive losses due to steep fall in yield owing to extreme hot weather conditions during the ripening period of the crop.

“While farmers have yet to come out of shock due to increase in production expenditure owing to higher costs of inputs, including that of fertilisers and diesel, followed by fall in yield for obvious reasons, the government has arbitrarily decided to change permissible percentage of broken and shrivelled grains,” said Baldev Singh Latala, finance secretary, state body of the All India Kisan Sabha.

Latala said regional leaders of various outfits working for the welfare of farmers had already approached Chief Minister Bhagwant Singh Mann to take up the issue with the Union Government and ensure continuance of procurement at old norms.

Farmers said the wheat grain had become shrivelled at various places in the region due to extreme heat conditions. The produce arriving in certain mandis contained such grains beyond the permissible limit, they added.

The procurement was temporarily disrupted and the Union Government had sent five teams for verification of standards of the produce at designated yards. “Though the inspection by Centre Government teams is over now, results of their observations are yet to be declared,” said Latala.

Meanwhile, Sanyam Aggarwal, Deputy Commissioner, Malerkotla, claimed that the authorities at various market committees had been advised to ensure that adequate arrangements were made for the safety and protection of wheat heaps dumped by farmers in open yards and under sheds.

Aggarwal said 46,888 MT wheat out of total 52,4891 MT arrived at mandis (as on close of purchase on Friday) had been procured by state agencies and private traders.