F&CC meet today, decisions to be taken on about 300 resolutions 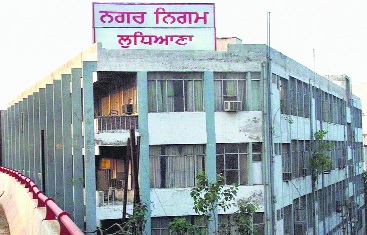 The Municipal Corporation (MC) is planning to float tenders for inviting bidders for 50 per cent of the outdoor advertisement media sites that were surrendered by the existing contractor. A resolution regarding the advertisement tenders will be part of the agenda of the Finance and Contract Committee (F&CC) meeting, scheduled to be held on Friday. A total of around 300 resolutions will be discussed during the meeting that will be held at the Mayor’s Camp Office, near Rose Garden.

The MC is also going to present a resolution to reconsider the reserve price for auction of three parking sites — Jagraon Bridge to Dholewal Chowk, Dholewal Chowk to Sherpur Chowk and under Gill Chowk flyover. The previous auction had remained unsuccessful. Notably, the paid parking system is already underway at various other locations but the MC failed to stop fleecing of visitors at a number of such sites. The contractors had been openly violating tender conditions in the absence of any check.

According to information, resolutions such as construction of a road using plastic material in Ward 94, purchase of required material for fogging, extension of contract of tube-well operators, etc, will also be discussed by the panel.

Contract of project not terminated even after 4 yrs

A resolution to terminate the contract of controversial Smart Vending Zone project, under which around 250 shops were to be constructed by a private firm under the Southern Bypass flyover at BRS Nagar, will be presented before the panel, led by Mayor Balkar Singh Sandhu, again.

To benefit the private firm, it was empowered to collect up to Rs 10,000 rent per month per shop but the MC had to receive only Rs 500 as license fee per shop per month from the second year and Rs 1,000 per shop per month during the third year with 10 per cent increase in successive years. The Irrigation Department, the land owner, was offered only 15 per cent of the income to be incurred by the Municipal Corporation from the smart vending zone.

The department had then also submitted a complaint to the police against the construction work on its land in 2018.

The then Chief Vigilance Officer of the Local Government had conducted an inquiry and found anomalies nearly four years ago. He had then ordered termination of the project contract and also sought information about the officials concerned. Instead of taking any action, the Finance and Contract Committee had kept the resolution to terminate the project contract pending.