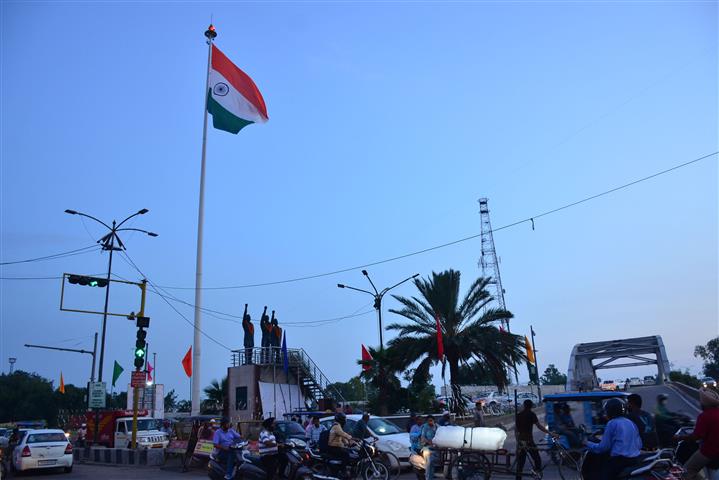 The national flag hoisted near the statues of the martyrs on Jagraon Bridge in Ludhiana on Saturday. Himanshu Mahajan

Earlier, the RGBW LED lights project was started at the site of martyrs’ statues on Jagraon Bridge under the Smart City mission, but it got delayed. The flag mast was installed more than six months ago under the project but the process to hoist the Tricolour was being delayed.

Residents had also raised questions over the delay in the project. “On Saturday, the national flag has been hoisted under a trial run,” said an official of the Municipal Corporation.