Fire breaks out in cotton shop in Ludhiana : The Tribune India

Fire breaks out in cotton shop in Ludhiana 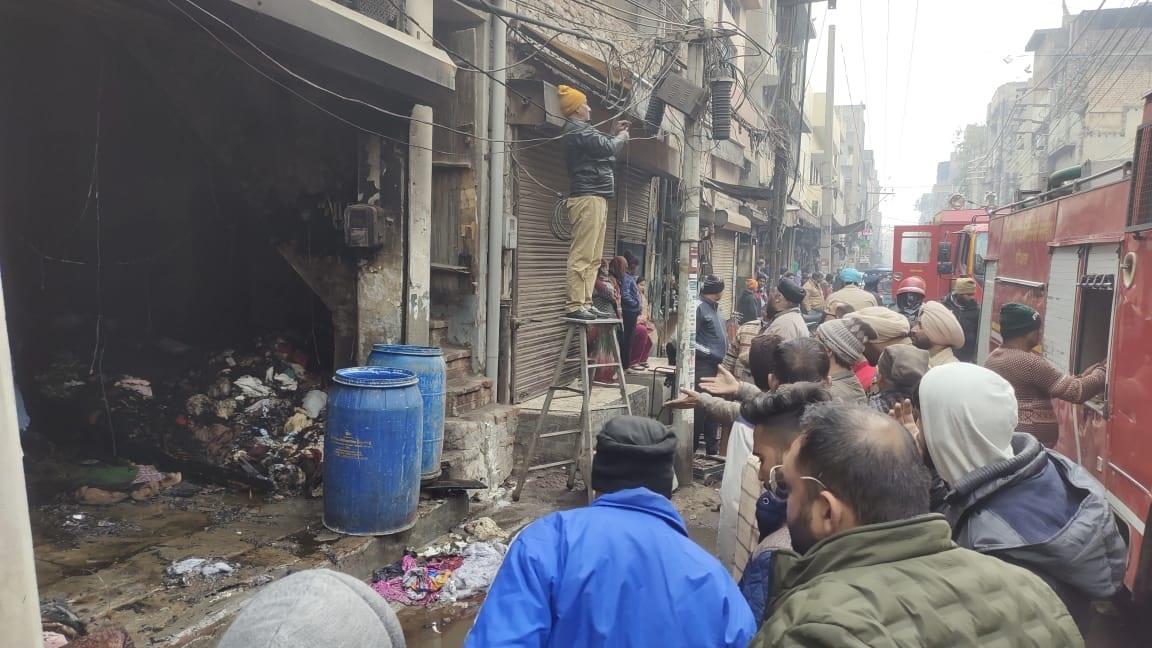 Fire personnel try to douse the flames at a cotton shop in Ludhiana on Tuesday. Photo: Ashwani Dhiman

A fire broke out in a cotton shop on Chauri Sadak here on Tuesday. Loss worth several lakhs reported in the incident.

Short-circuit was said to be the reason behind the fire. When the incident occurred, nearby shopkeepers, along with the owner of the shop, also tried to douse the flames but in a few minutes, the fire turned intense and destroyed the entire shop.

Following which, people informed the fire authorities. Firemen took around one hour to completely control the flames.

Shop owner Bharat Bhushan said today morning suddenly a spark was witnessed in electricity cables. Before he could understand anything, the fire broke out. Some workers were also present in the shop when the fire broke out but they left the place to save their lives.

He said the losses could be of around Rs 5 lakh.

Since the shop was situated in a crowded market panic spread among nearby shopkeepers after the incident. Firefighters controlled the fire on time and prevented it from spreading to other shops.