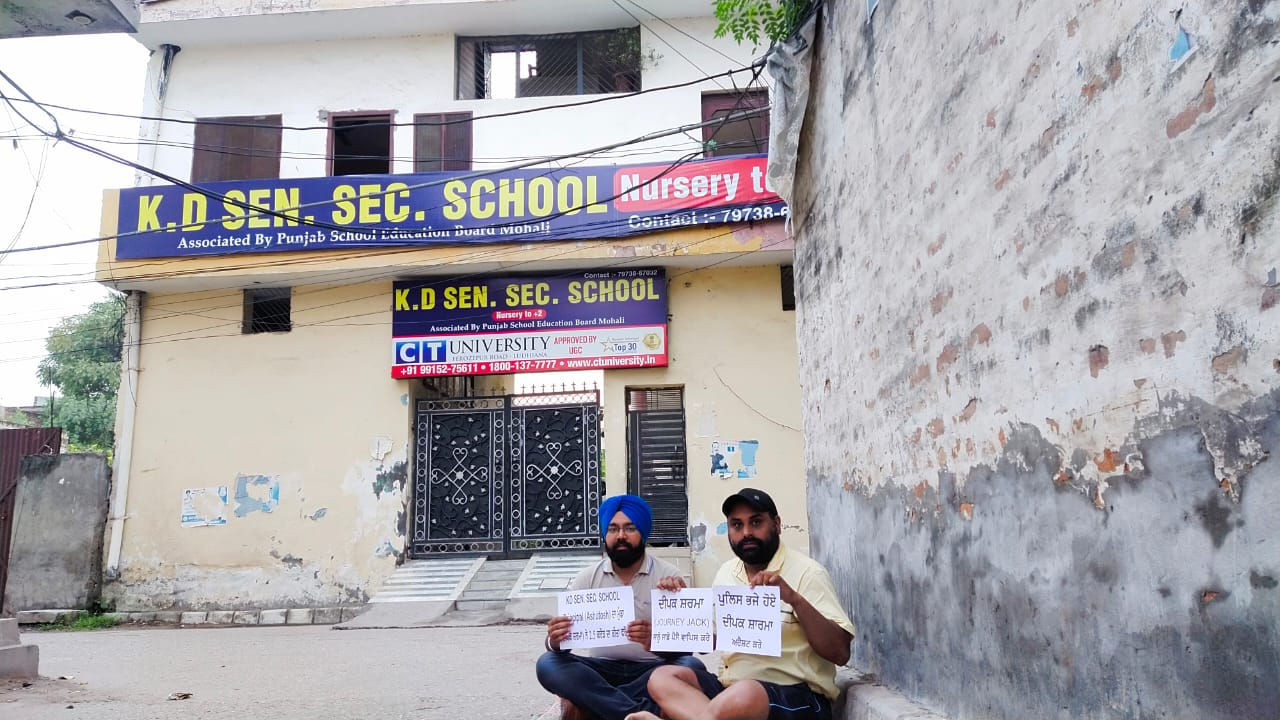 The victim holds a protest outside the house of the key suspect in Ludhiana on Sunday. Tribune photo

Alleging inaction and dilly-dallying probe by the Ludhiana police in connection with an air-ticketing fraud case worth Rs 2.5 crore, the complainant in the case, Navpreet Singh, of United Enclave, Manakwal, has started a dharna outside the house of one of the suspects in the case, who is yet to be arrested by the police.

The complainant said he and his friends had booked 273 airline tickets for their customers in 2021 and in lieu, they had paid Rs 2.50 crore to the suspects. Later, when the clients enquired about the authenticity of the tickets, the same were found fake.

“I have been shuttling between offices of police officials but the police are yet to arrest the main suspect. I have also been regularly visiting the Police Division 5 to seek his arrest and officials say the same thing, that raids are being conducted. Now, I have started a dharna outside the house of Deepak Sharma and will continue the protest till the time the key suspect is arrested,” he alleged.

The complainant said if Deepak was arrested, he could hope that one day his money would be recovered.

SHO inspector Vijay Kumar said police parties were conducting raids and soon he would be apprehended.