In a bid to woo voters, candidates meet women, listen to grievances : The Tribune India

In a bid to woo voters, candidates meet women, listen to grievances 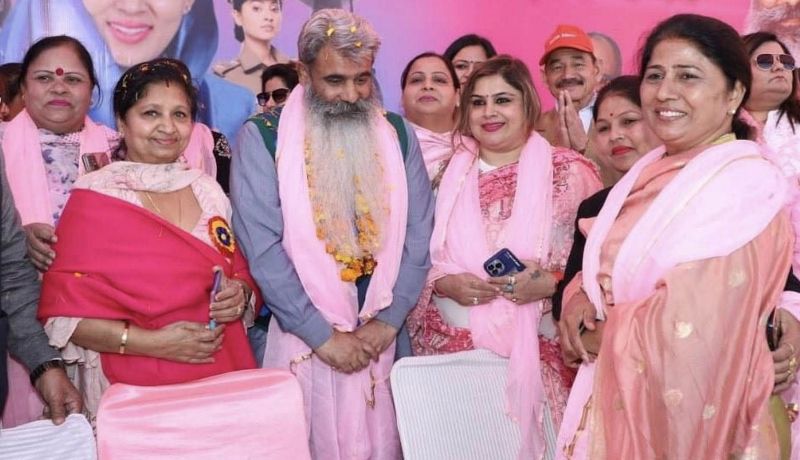 There are 12,14,751 women voters in Ludhiana district, who will cast their votes on February 20 Assembly polls. They will play a crucial role in sending elected representatives to Punjab Vidhan Sabha.

Candidates of all political parties have been holding special meetings with women to know about their issues and preferences.

A city cannot be called developed unless its people feel safe, believes the Cabinet Minister and the Congress candidate from Ludhiana West, Bharat Bhushan Ashu.

“In Ludhiana West constituency, along with infrastructural development works, the safety of residents, especially women, will be priority in the next five years,” said Ashu.

“In society, 50 per cent are women. So, they need equal representation. The major agenda of the Congress this year is women empowerment,” Ashu added.

“If SAD comes to power, 50 per cent jobs in the government sector will be reserved for women,” Grewal added.

Sanjeev Talwar, the Congress candidate from Ludhiana East, said, “Women have their independent thinking and choices. During campaigning, I have met women across sections of society belonging to various age groups. They have given valuable suggestions, which we will implement if the Congress comes to power,” said Talwar.

Five times MLA, Rakesh Pandey, who is the Congress candidate from Ludhiana North said, “Today, both men and women play important role in society. Women have independent choices. Meeting them and listening to their problems and suggestions is as important as other things during elections.”

Bikram Sidhu, the BJP candidate from Ludhiana West, is also holding special meetings with women voters. His better half is also lending a helping hand in holding meetings.

Rohini Sabharwal, a voter from West Constituency, said, “It feels good to see that candidates are reaching out and meeting women and asking them about their problems and issues.”

“Today, women have their independent choices. Gone are the days when they were influenced by male members of their family,” she said.