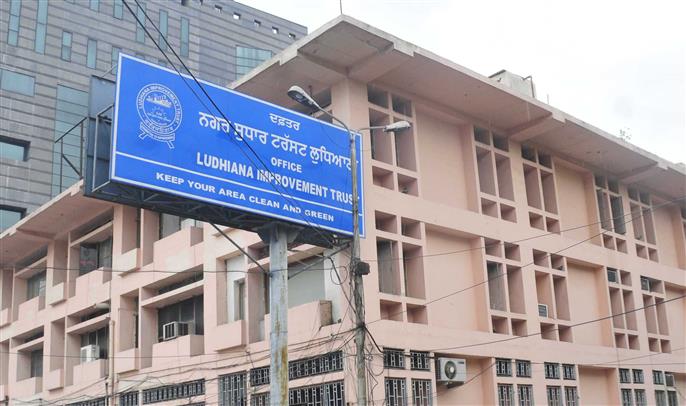 Allottees of plots and properties of the Ludhiana Improvement Trust (LIT) who had defaulted in payment of instalments towards cost of land/property or those who had failed to raise construction within the stipulated period, and were liable to pay the NCF (non-construction fine) along with interest and penal interest, might get a huge relief if the state government agrees to the proposal mooted by LIT Chairman Tarsem Singh Bhinder with Minister for Local Bodies Inderbir Singh Nijjar during a recent meeting in Chandigarh.

It was stated by Bhinder. While giving details of the meeting, the LIT chief said he had made a strong case with the minister to introduce one-time settlement scheme for payment of arrears or default amount by allottees of residential plots/flats or commercial properties without interest and penal interest as the huge amount of compounded interest and penal interest on arrears of instalments or the NCF, were a big deterrent towards payment of dues which were mounting year after year.

Bhinder said the minister seemed positive to the proposal and sometimes in early March this year, a scheme for interest-free payment of arrears might be brought in by the government for a limited period. “We expect to rake in a huge amount of arrears from this one-time scheme which was long overdue and money thus collected would come handy for speedy execution of pending development works in various Trust colonies,” he said.

The LIT Chairman said he had sought a free hand from the government to take stern action under the prevailing laws against violations of standard design, building bylaws and illegal change of land use by allottees in Trust colonies. “The LIT intended to come down heavily upon unlawful occupants (encroachments) in Trust colonies and no one, irrespective of support from political parties, bureaucrats or other senior officials would be spared,” he added.

Among other issues, Bhinder said issue of allotment letters to allottees of high-rise housing scheme ‘Atal Apartments’ and disposal of multi-crore commercial complex on Maharani Jhansi Road were also came under discussion during the meeting.