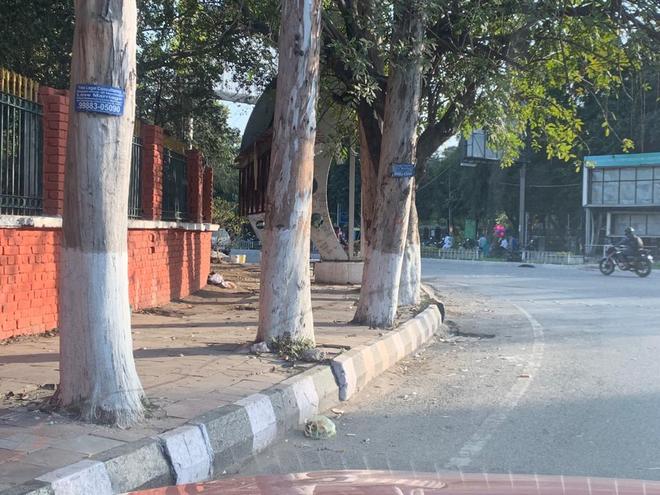 The MC and LIT continue to defy NGT directions with regard to keeping open space around trees planted in public areas in Ludhiana.

Kapil Arora, president of Council of Engineers (CoE) has moved the National Green Tribunal (NGT) against severe damage being caused to environment both by the Municipal Corporation (MC) and Ludhiana Improvement Trust (LIT) here in defiance of directions made by the tribunal.

Arora recalled in the petition that he had filed one petition with the NGT seeking directions to the Ludhiana MC, LIT and Greater Ludhiana Area Development Authority (GLADA) to remove concrete fixed within one-metre radius of bases of trees in the city and accordingly the NGT had directed all three departments to take remedial action as per law.

He said even as GLADA had started removing interlocking tiles and concrete structures from around the trees at various locations, both the MC and LIT seemed adamant and continued to defy the NGT directions in this regard. “This act (of MC and LIT) is against the environment norms,” he added.

The petitioner submitted that since both the development authorities had not removed concrete structures within one- metre radius of bases of even a single tree in trees grown at public places under their jurisdiction even after sending various representations to both the departments, the representatives of various NGOs, including CoE, organised peaceful protest in front of the offices of the MC and LIT. However, both the bodies deliberately and intentionally kept on defying the NGT orders.

Citing the facts of forest cover in the city which is just 1.6 per cent of its geographic area against the national target of 33 per cent, he stated that around 84 trees were uprooted following two storms this year. “The Supreme Court has held that there should be a proper balance between protection of environment and development activities. There can be no dispute that the society has to prosper, but it shall not be at the expense of the environment.”

Arora pleaded that since both the departments are adamant on damaging the environment, the petition had been with the prayer of imposing penalty on the LIT Chairman as well as the Commissioner of MC for violating ‘environment norms’ by their unlawful act in blatant violation of the National Green Tribunal directions. He also sought compliance of directions in letter and spirit (by MC and LIT) through a monitoring committee of the NGT or Central Pollution Control Board.

New Zealand had in September abandoned their tour of Pakista...