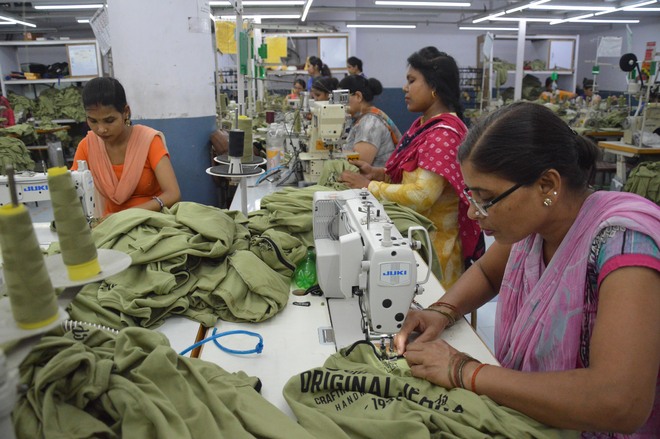 The entire textile trade and industry is in shock over the government’s decision to increase tax on textile, which is supposed to be the second largest revenue generating commodity after agriculture.

This will not only add to the financial burden of the end user, but will also affect small businessmen and will encourage tax evasion and malpractice. The increase in tax rate will hamper the domestic trade as well as the exports. —  Upkar Singh Ahuja, CICU president

Rajat Sood, a senior member of the Chamber of Industrial and Commercial Undertakings (CICU) and representative of the textile industry, said the textile trade was badly hit by Covid-19 and was still struggling for its survival. “Under such circumstances, this increase in tax rates on textile will be a setback to textile Sector,” he said.

CICU president Upkar Singh Ahuja and general secretary Pankaj Sharma said there was no tax on textile/fabrics for a number of years. “Bringing the textile industry under the tax net again will lend a big blow to the entire textile industry,” said Ahuja.

The CICU had made a representation immediately after the last GST council meeting, in which it was proposed to correct the inverted duty structure on textile.

It was requested on behalf of the industry that the status quo be maintained at five per cent. However, instead of reducing the rate, a notification was issued to increase the tax, said Ahuja.

“This will not only add to the financial burden of the end user but will also affect small businessmen and will encourage tax evasion and malpractice,” he said.

“This increase in tax rate will not just hamper the domestic trade, but will also affect the exports,” said Ahuja, adding that “on one hand the government talks about ‘Make in India’ and ‘Atmanirbhar Bharat’, on the other hand it levies such high taxes, creating an atmosphere of uncertainty and gloom”.

The Chamber of Industrial and Commercial Undertakings has also written to Union Finance Minister Nirmala Sitharaman, urging her to introduce a single rate without any cap and category on value.

The trade body also requested her to withdraw the notification regarding increase in tax rate.

This action of the government will not only boost the economy, but will create an atmosphere of hope and certainty. If this request and the condition of the textile industry is not taken seriously, the entire industry will suffer, maintained the industrialists.