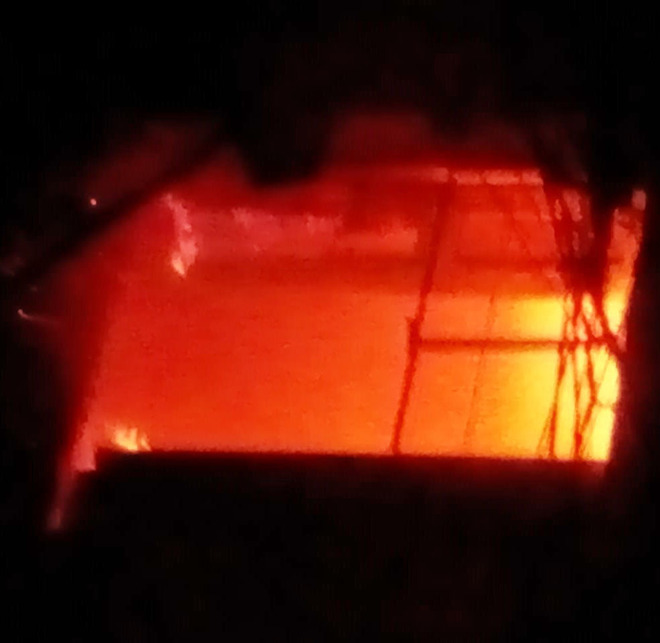 A factory that caught fire at Soodan Mohalla, near Daresi. Photo: Ashwani Dhiman

A major fire broke out at a printing material manufacturing unit in Soodan Mohalla, near Daresi, on late Saturday evening.

Goods worth several lakhs were reportedly gutted in the incident.

The fire broke out on the first floor of Bhagirathi Printing Pack, but was controlled before it could spread to the ground floor.

Factory workers tried dousing the flames initially at their own level, but could not as the fire became intense.

Fire station officer SN Sharma said fire tenders immediately rushed to the spot after a call was received. Since the factory was situated in the narrow streets, firemen had to struggle a lot to douse the flames.

Fire officials had to park the fire tenders about 400 feet away from the spot and they struggled for over two hours to completely douse the flames. Sharma said short circuit could be the cause of fire but the exact cause was yet to be verified. Factory owner said the exact loss could be ascertained only in a day or two.

Small tenders need of the hour for narrow streets