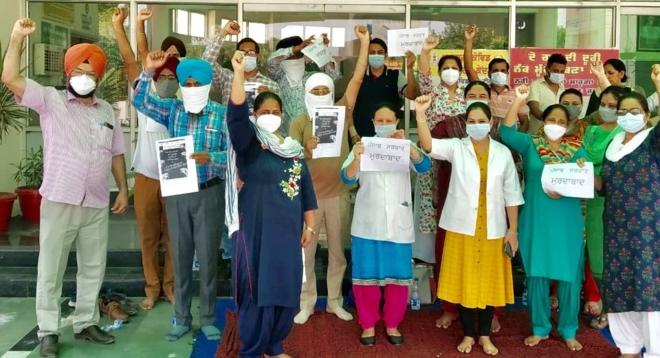 Office-bearers of various outfits of doctors and paramedical staff at government hospitals have announced to go on pen-down and tool-down strike with immediate effect till their demand to reconsider recommendations of the Sixth Pay Commission was not accepted.

Speakers alleged that it was unfortunate that the state government had failed to recognise the role played by health workers during the pandemic.

“Though we were expecting special facilities and perks in the Sixth Pay Commission, everyone was shocked to observe that the government has tried to disgrace our professions by adopting such formulae which in some cases are apprehended to cause reduction in net income,” said Karamjit Singh and Jasbir Singh.

Dr Jagjit Singh regretted that the recommendation to delink the non-practicing allowance from basic salary, has not yet been reviewed though the government had announced to do so after doctors of the state proceeded on strike recently.