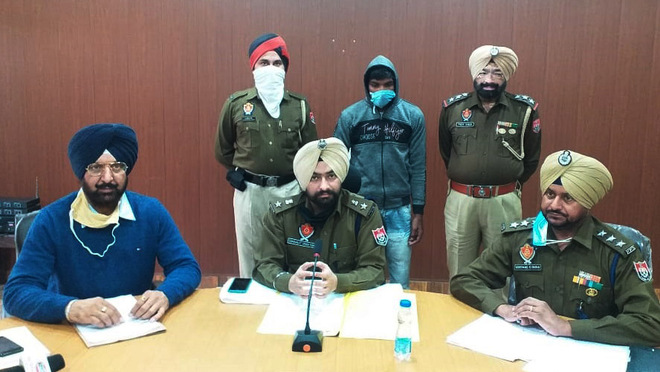 The Mullanpur Dakha police claimed to have solved the murder case of an 18-year-old boy who was killed by some unknown persons two days ago. His body was dumped in a sewer at Baddowal village.

His family had lodged a missing complaint on November 23 following which the Dakha police solved the case within 12 hours of receiving the complaint.

The SSP said deceased Jashanpreet Singh was brutally murdered on November 21 and after receiving the complaint, the Dakha police registered a case of murder against unknown persons.

The SSP said on the night of November 21, Jashanpreet had received a phone call and he left home after telling his mother that he would return in two hours. However, victim did not return home and two days later on November 24, his family approached the police.

Yesterday, village sarpanch called the police and informed that a body was lying in the sewer near Victoria Garden.

The SSP revealed that suspect Sandeep Singh (22) and a minor boy (17) had taken the deceased along with them on the night of November 21 and they all consumed liquor.

“Sandeep then started arguments with the deceased. The suspect said he (deceased) developed an illicit relationship with one of his relatives. Afterwards, he took the bricks and hit a brick on the head of the victim. After his death, the suspect dumped the body in the sewer and fled the spot. Out technical investigation found the role of the duo and arrested both suspect,” the SSP said.

The deceased was a student of Class XII.