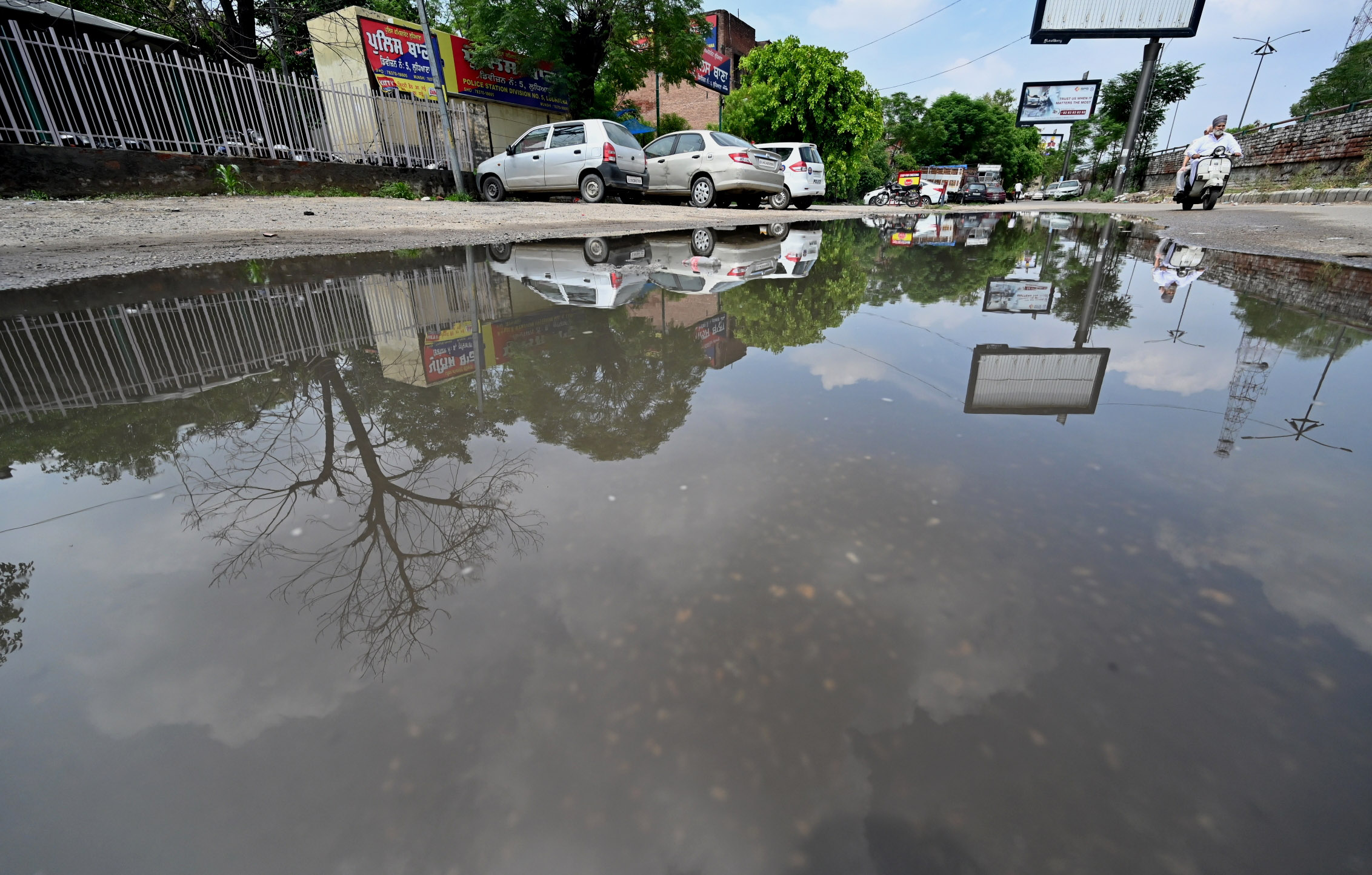 The storm water drainage system is available in only 17 per cent of areas in Ludhiana. Ashwani Dhiman

Over 80 per cent of city areas still lack storm water drainage system. Rainwater accumulation is a major problem in various parts of the city during the rainy season every year but the Municipal Corporation (MC) is yet to take necessary steps in this regard.

To avoid waterlogging, the civic body installed new storm water drainage lines in a few areas, including near Clock Tower on Old GT Road, near Police Colony Chowk on Chandigarh Road and on a stretch on Gill Road, during the past around one year.

Notably, the civic body has linked road gullies with its sewerage system against the norms. Along with silt, the rainwater flows into the sewer lines through the road gullies from city areas and then also overloads STPs. In several areas, sewers also start overflowing badly whenever it rains.

A member of the Buddha Nullah Task Force, Col JS Gill (retd), said there was a need for a storm water drainage system in the entire city and the MC needs funds for the same.

He said the MC must take necessary steps to resolve the waterlogging problem.

Col JS Gill suggested that the MC needs to promote and set up rainwater harvesting systems. The move would help recharge groundwater and also reduce the amount of rainwater that goes into the sewer lines and then the STPs.

“Desilting chambers should be constructed next to the road gullies before putting the purest form of water that is rainwater into the sewerage system to send it to sewerage treatment plants for cleaning. The MC can make large-size desilting ponds before sending water for treatment because otherwise silt will kill the friendly bacteria and reduce the efficacy of sewer treatment,” he said.

A former councillor, Tanvir Singh Dhaliwal, said rainwater accumulation was a major issue and water often flows into houses in low-lying areas of the city. He said a dedicated storm water drainage system was required in the city as a huge amount of rainwater was wasted by releasing it into the sewerage system.

“Instead of wasting the rainwater, the MC needs to promote the rainwater harvesting system for recharging the groundwater. Moreover, the civic body should take steps to store the rainwater and then bring it into usage — for construction, commercial and other purposes,” he added.

Former councillor Tanvir Singh Dhaliwal said rainwater accumulation is a major issue. “Instead of wasting the rainwater, the MC needs to promote the rainwater harvesting system for recharging the groundwater,” he said.