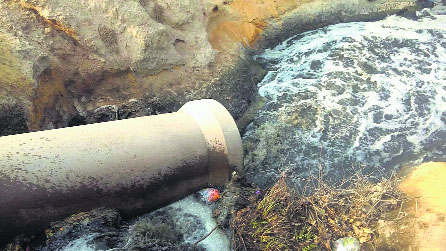 The Punjab Pollution Control Board (PPCB) closed two erring units and imposed environmental compensation on nine units that were found breaking the norms.

Anurag Verma, Principal Secretary, Department of Science, Technology and Environment, informed that the PPCB had received a complaint regarding use of HCl acid for pickling process by some of the industries against consented use of sulphuric acid. Therefore, the PPCB carried out random inspections of acid pickling units through its officers.

Anurag Verma informed that during inspection, a number of irregularities were found in these units. “Samples of acids being used by these industries were also taken and observed that these industries are using HCl acid in acid pickling process although they have taken consent from the board for use of sulphuric acid only. Moreover, these units are sending spent HCl to a reprocessing unit located at Kohara operating under the name of JBR Technologies Pvt Ltd, which has infrastructure for treatment of spent sulphuric acid only,” he said.

“Thus, these industries are maintaining inappropriate disposal mechanism due to change in the type of acid used without the permission of the board. The final disposal of HCl-based spent acid is doubtful and there is a likelihood of discharge of it into sewer,” he said.

He informed that a medium scale unit, Vallabh Steels Ltd, Nandpur village, Ludhiana, was operating without obtaining valid consents from the board. Further, the unit has decreased the quantity of agreement for lifting of spent acid from 1,20,000 litres per month to 29,000 litres per month without submission of any reason. Therefore, the unit has been imposed environmental compensation of Rs 1.5 lakh by the board.